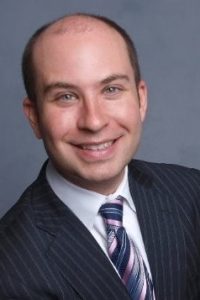 When Will Paterson responds to his interview questions, he does so with an apology. His internet connection in Maputo, Mozambique isn’t so great, and he keeps getting kicked offline while trying to email his answers.

Navigating tricky internet connections while travelling the world is nothing new for Paterson. At the World Bank Group, where he works as a Financial Sector Specialist, Paterson does a significant amount of work in Africa. This jet-setting life Paterson lives is due in large part to the education he received while at Glendon.

“The education Glendon provided me, gave me the confidence and strong academic base to pursue graduate studies and then a varied and international career.”

A figure at the centre of Paterson’s academic journey was Professor J. Ian McDonald who taught Economics at Glendon College from 1971 to 2001. Professor McDonald’s influence was so powerful that when news of his passing in 2016 reached Paterson, he felt compelled to demonstrate his gratitude to the educator in a tangible way.

“[Professor McDonald] helped instill in me a curiosity about the world, infused with strong social values. He helped me understand how to best dig into difficult problems. That often there is not one right answer – sometimes there is no answer, just a best way to manage the problem.”

In 2018, Paterson gifted Glendon College with $25,000 to establish the J. Ian McDonald Memorial Fund in Economics. Beginning in Fall 2018, the fund gifts one recipient each year with an award valued at $2,500.

Paterson’s goal for this fund is twofold: encouraging more students to study economics and cementing the memory of Professor McDonald.

Paterson’s career to date is proof of Professor McDonald’s legacy. Since graduating from Glendon with a B.A. in International Studies and Economics, Paterson first pursued a career in the private sector at law firm Clifford Chance LLP in London.  More recently, he has worked in the public service at Finance Canada, the World Bank Group, and the United Nations. He also pursued law degrees at McGill University and a masters at the London School of Economics. Paterson credits Professor McDonald directly for supporting him in his dreams of higher education, especially as a student who was the first in his immediate family to attend university.

“Professor McDonald played an outsized role in encouraging me to attend graduate school.  He wrote me a letter of recommendation to get into LSE and was happy I was attending,” explains Paterson.

Among Paterson’s favourite memories of Professor McDonald is their countless chats about economic theory as well as the six-hour long exams he set, such as the Game Theory exam which he was particularly passionate about. These memories would be strong enough to inspire Paterson to make this gift years after he left Glendon and Toronto.

“I wish I had been better about staying in touch, to let him know what a profound impact he had on my life,” says Paterson. “I hope [this award] will encourage more students to study economics, especially those who need some extra financial support to complete their studies.”

For Paterson, these goals – encouraging more students to study economics and contributing to the preservation of Professor McDonald’s legacy – are intertwined.

“Economics is an essential subject to better understand and really engage with the world. Professor McDonald opened me up to the idea that you can make a difference in the world.”