How Dr. Gina Valle Is Creating a More Inclusive Canada 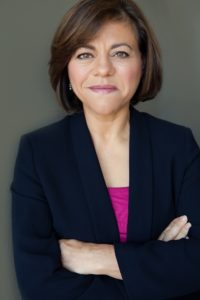 When author and diversity trainer Dr. Gina Valle moved back to Toronto in 2000, she was managing a full plate.

She had a doctoral thesis to defend, a young son in diapers, and a second child on the way. Her husband, David, was travelling extensively for his new job, and her Nonna, who had raised Dr. Valle and her brother while their parents worked around the clock, had recently suffered a stroke. Faced with competing priorities and an unforgiving housing market, she decided to move in with her parents.

“It was a challenging time on many fronts. I couldn’t think past the next minute. My parents helped take care of our son and prepared the meals,” Dr. Valle recalls. “In turn, I helped take care of my Nonna, and when she would rest in the afternoon, I would study beside her. Growing up in the culture I grew up in, you’re always a unit, always there for one another and this time in my life was no exception.”

Through a combination of work ethic and the support of her family, Dr. Valle accumulated some impressive accomplishments. She earned a BEd from the University of Toronto, and an MEd in Curriculum before obtaining a PhD in Teacher Education and Multicultural Studies.

And of course, she kicked off her academic journey at Glendon, where she graduated with a BA in Political Science and French and made friends she’s still in touch with today.

“Before the era of emails and texts, we had to phone one another. We would work around our day to make sure…to have a coffee together in the cafeteria between classes and of course, we tried not to miss Thursday pub nights to meet with other friends.”

She fondly recalls how involved faculty and staff were in cultivating an excellent environment for students and how they encouraged student success. What she was particularly proud of was to be able to learn and study in French at Glendon.

“I absolutely loved the fact that I was in Toronto and that a big part of my day was in French. It made me happy.” Dr. Valle later went on to marry a Francophone and raise two Francophone children in the heart of Toronto.

After graduating, she founded Diversity Matters, an organization focused on making Canada a more inclusive country. Over the past two decades, Diversity Matters has facilitated workshops and training while its founder has published three books, Our Grandmothers Ourselves: Reflections of Canadian Women, Teachers at their Best, and a children’s book, The Best of All Worlds. She also produced and directed a multi-faith documentary, The Last Rite. She sits on a number of national boards, and does so because it is her way of saying thank you to Canada for the life she has been able to have.

In 2018, Dr. Valle produced a multilingual exhibit at the Canadian Languages Museum on Glendon campus, Legacies. The exhibit, inspired by her book Our Grandmothers Ourselves, profiles immigrant women from 24 different countries and features reflections from their granddaughters. On the request of Global Affairs Canada, it has travelled to Scandinavia, Asia, and the Middle East as a way in which to showcase how we live and understand diversity in our country.

Undoubtedly, her heritage, culture and language are an elemental part of the Glendon graduate’s life. According to Dr. Valle, they have shaped how she navigates the world and influenced her decision to pursue diversity training.

“In my work, I try to understand how the human spirit engages when confronted with differences in race, religion, status and abilities,” she explains. “Is it with contempt and fear, or an open heart and mind? Through Diversity Matters, I address the personal and national challenges that come with living in a multicultural country. In the end, what we have in common needs to take precedence over that which is different.”