The funding will build a long-term study of how the environment influences hormones and behaviour.

A primate behavioural ecologist in Glendon’s bilingual biology program, Dr. Schoof specializes in the ecological, social, and physiological factors that influence—and are influenced by—social dominance in male primates. Her research program, now partially funded through a grant from the Natural Sciences and Engineering Research Council of Canada, focuses on the behavioural and life history of wild vervet monkeys.

About the Natural Sciences and Engineering Research Council of Canada (NSERC) 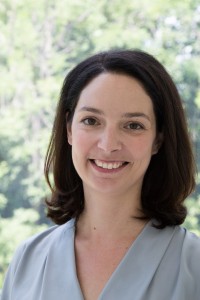 Aiming to make Canada a country of discoverers and innovators for the benefit of all Canadians, the Natural Sciences and Engineering Research Council of Canada promotes and supports discovery research, and fosters innovation by encouraging Canadian companies to participate and invest in postsecondary research projects. NSERC researchers are on the vanguard of science, building on Canada’s long tradition of scientific excellence.

“Funding from NSERC is a testament to the quality and importance of Dr. Schoof’s research. We are fortunate to have such an accomplished and enthusiastic professor in Glendon’s new bilingual biology program,”
— Christina Clark-Kazak, Associate Principal, Research and Graduate Studies.

Dr. Schoof became interested in social behaviour and reproductive strategies, including dominance, as a teenager:

“I noticed that my friends and I were sometimes—but not consistently—attracted to the same people. This is one of the reasons I chose to focus on mate preference in humans during my undergraduate degree in biology. Soon after, I realized that I preferred study subjects that couldn’t talk back: primates.”

For her graduate research, Dr. Schoof studied white-faced capuchin monkeys in Costa Rica and received  her Master’s and Ph.D at Tulane University in New Orleans. During her postdoc at McGill University, Dr Schoof studied red colobus monkeys in Uganda, as well as the vervet monkeys which are now her primary study species.

With the help of the NSERC grant, Dr. Schoof is planning to examine the socioendocrinology: that is, how the social environment affects the interplay between hormones and behaviour. In short, she’ll be examining how male vervets reproduce: how males develop, maintain, and display their dominance status, how dominance influences male reproductive success, and how females – and the females’ own reproductive strategies – influence males. For example, how does the availability of food in the environment influence the timing of female reproduction, and how does this in turn influence how and when males compete for access to these females?

Dominance and reproduction over a lifetime: short- and long-term research

Male primates demonstrate different reproductive and behavioural strategies based on internal factors—such as health, hormones—and external factors, like the number of fertile females, and the number and quality of other males, who are presumably also interested in mating with these females. It’s likely that a combination of internal and external factors will determine whether a male aims to become a high-ranking dominant male or instead remains a low-ranking subordinate.

In Dr. Schoof’s research, this information is captured best in a long-term study on individual monkeys: since many of these factors change over a monkey’s lifetime, their mating tactics will change along with them. That is to say, a dominant male may not always be the dominant male and, as such, may not always get first pick at potential mates, and he may not always be the females’ preferred mating partner. Other factors such as a male’s health, the number of male competitors, and the number of females are also factors that can change over a male’s lifetime and influence his reproduction. The best way to examine the relative influence of these factors is through longitudinal study, tracking the monkey’s behavioural ebb and flow over the course of their lifetimes.

About Biology at Glendon

We sat down to talk with her about her research on dominance and reproduction in white-faced capuchin monkeys.