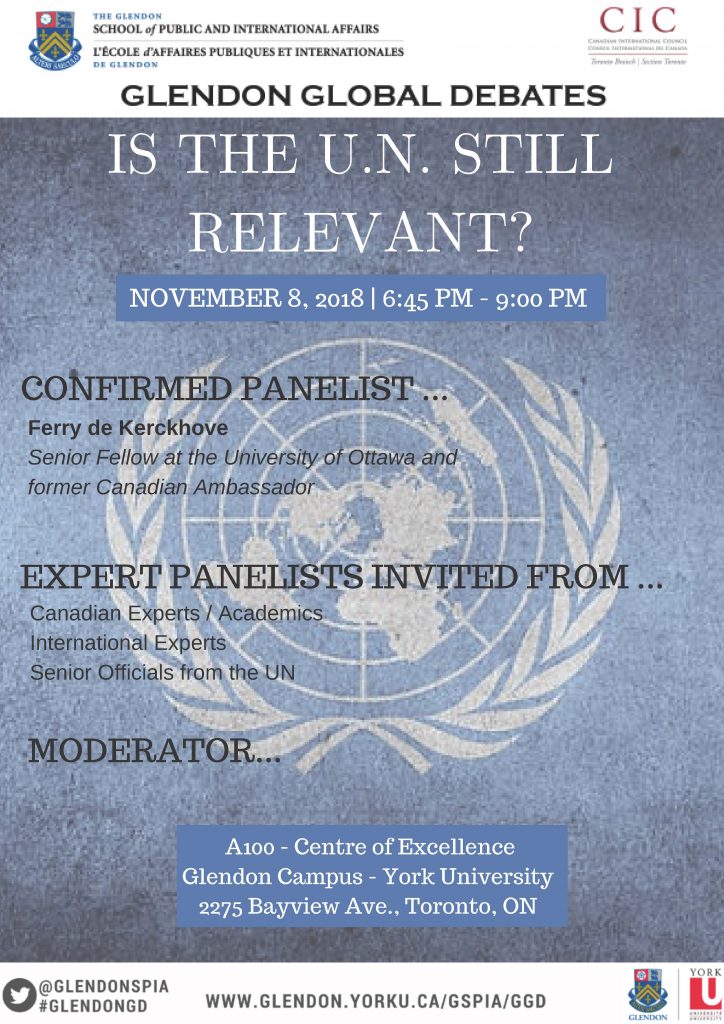 As the United Nations approaches its 75th year (in 2021 – and the year Canada wants to join the Security Council) it seems a good time to assess the effectiveness of the multilateral body to address the issues of the 21st century.

The UN Security Council’s lack of achievement has been well documented. The past Secretary General of the UN, Ban Ki-Moon called the war in Syria “our collective failure” which would “remain a heavy burden on the standing of the United Nations”. There are other failures but also accomplishments.

In October 1945, the victors of the WWII – China, the USSR, France, the UK and the US – ratified the UN charter, creating the Security Council and establishing themselves as its five permanent members with unique ability to veto resolutions. Originally there were 6 temporary members but in 1965 the number of temporary members (rotating members) increased to 10 (5 from Africa, one from E. Europe, 2 from Latin America and the Caribbean, and 2 from Western Europe).

The Charter also established the purpose of the Council, to “investigate any dispute, or any situation which might lead to international friction or give rise to a dispute, in order to determine whether the continuance of the dispute or situation is likely to endanger the maintenance of international peace and security” and to act accordingly, by:

Canada has been a strong supporter of the UN and played a key role in setting up the UN peacekeeping mission, and continues to support the peacekeeping operations. Canada has also supported UN’s humanitarian assistance programmes, economic development efforts, human rights and gender rights programmes and overall peace and security initiatives.

But with all its diverse programmes and political activities is the UN still relevant and are the institutions established some 70 years ago still serving humanity today? How should we frame the past achievements and failures of the UN in today’s complex world?

And how can we reform the UN, the Security Council and decision making process?

At the Glendon Global Debate, experts will discuss some of these issues and will touch on the following: