Environmental history is a burgeoning field in Canada, and within the space of five months, Professor Colin Coates has added two works to the growing literature. 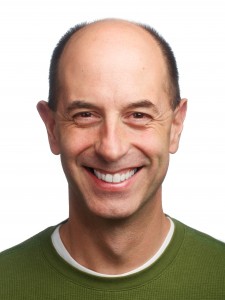 Canadian Countercultures and the Environment was published in February. This collection of articles, in the NiCHE (Network in Canadian History & Environment – Nouvelle initiative canadienne en histoire de l’environnement) series at the University of Calgary Press, revisits the period when many young people across Canada chose counterculture lifestyles, sometimes moving back-to-the-land on communes and attempting to live outside of the mainstream economy.

While the perception of these choices is still summarized by Timothy Leary’s phrase, “Turn On, Tune In, Drop Out,” in fact members of the counterculture confronted key environmental problems and embraced new ways of dealing with them.

It contends that the Canadian counterculture popularized new approaches to recycling, bicycling, renewable energy and midwifery, and they worked with rural neighbours to fight pollution.  They used street theatre and civil disobedience to attract attention to their causes, and many groups benefited from readily available funding from the federal government to develop their projects.  The counterculture attracted attention to environmental issues, and their attitudes have become widely accepted today.  Chapters explore experiences from Prince Edward Island, Québec, Ontario, British Columbia and the Yukon.

The second volume, Moving Natures: Mobility and the Environment in Canadian History, originated as a workshop at Glendon, with a book published in the same series in June.  Chapters in the book explore the relationship between modes of mobility (sailing ships, railways, lake steamers, canoes, subways, automobiles and walking) and experiences of the natural world.

Mobility choices often involved major reconstructions of the environment, dredging the St Lawrence River to build the seaway or moving tons of soil to construct the Toronto subway.  This collection highlights the importance of seasonal conditions in facilitating and constraining the movement of people and goods across the Canadian landscape.  Concepts of mobility provide a way of addressing the particularities of Canadian adaptations to environmental conditions.

Coates co-edited the work with former York PhD History student Jay Young and Ben Bradley. Ben Bradley is currently a postdoctoral fellow in the Department of History at the University of Alberta.  Jay Young is the communications officer for the Archives of Ontario. In addition to Young, three other recent York PhDs contributed their research (Thomas Peace, Jim Clifford and Andrew Watson).

The University of Calgary Press offers free PDFs of the two books on its website: http://press.ucalgary.ca.