Fourth year students pursuing the requirements for the Cognitive Neuropsychology Concentration have the opportunity to do credited practicums in hospitals and community health-care centres.  Hands-on experience is an impressive addition to graduate school applications and for some students, summer job opportunities arise from practicum placements.Below is a brief description of the practicum experiences Glendon’s students:

Following a research practicum, Malayna completed her Honours thesis in the area of mild cognitive impairment (MCI) among an elderly population at Baycrest. After completing her undergraduate degree in psychology, she decided to take a gap year and accepted a position in the Department of Psychology where she did assessments of patients with cognitive disorders under the supervision of a clinical neuropsychologist. Malayna was recently accepted in the clinical neuropsychology program at the University of Windsor.

Cristina did her practicum in the Behavioural Neurology Unit at Baycrest. Under the supervision of a clinical neuropsychologist,  she performed systematic behavioural observations and interventions of patients suffering from dementia.

Leena completed her practicum at Baycrest while working with a neuropsychologist, focusing on behavioural interventions of patients suffering from dementia. With her genuine interest in neurosciences, Leena plans to pursue her studies in this field at the graduate level.

After completing all course requirements in cognitive neuropsychology, Catherine accepted to do a practicum in rehabilitation neuropsychology at the Centre for Addiction and Mental Health (CAMH). She hopes to pursue graduate studies in clinical psychology and mental health.

After completing a Specialized Honours degree  in Psychology at Glendon, Sherri decided to take a gap year to further explore her interests in graduate school and to gain valuable experience. She was hired by the Department of Psychology at Baycrest Centre for Geriatric Care where she will perform neuropsychological testing for the next year.

Jenny did her practicum in the Behavioural Neurology Unit at Baycrest. Under the supervision of a clinical neuropsychologist, she performed behavioural observations and interventions of patients suffering from dementia. Jenny hopes to continue in this field of work.

Stevie’s interests include clinical neuropsychology and she plans to pursue her graduate studies in that field. In the meantime, she is gaining experience at Sunnybrook Health Sciences Centre doing testing under the supervision of a neuropsychologist

Khedidja has done her practicum at “Les Centres d’Accueil Héritage”, a community support institution and affordable housing provider for francophone seniors. She is also currently working on two research projects with Dr. Proulx aimed at developing clinical norms and memory training tools for the francophone elderly.

Rebecca is currently working on a research project that explores issues of aging and driving capacities. She is doing this applied research project in the Department of Psychiatry at Sunnybrook Health Sciences Centre.

Anastasia has conducted neuropsychological assessments of individuals suspected of suffering from brain injuries at the Toronto Inner City Family Health Team. She continued there to collect data for her Honours thesis and was later invited to present a poster presentation of her results to the Association of Family Health Teams of Ontario (AFHTO).

Buddhika is a recent graduate of the Cognitive Neuropsychology Concentration at Glendon.  He has worked as a research assistant at the Cognitive Development Laboratory at York University and, recently, at a laboratory at Baycrest’s Rotman Research Institute.  His undergraduate thesis explored the utility of a neuropsychological battery in assessing subgroups of people suffering from dementia and normal ageing individuals. Buddhika has since been accepted into the University of Toronto’s Master’s program in Psychology.

After completing all of the course requirements for the Cognitive Neuropsychology Concentration at Glendon, Emily secured a summer job at Baycrest Centre for Geriatric Care doing psychological testing for a clinical neuropsychologist.  She is currently involved in two other projects at Glendon, the Bonobo-Human Discourse and the French Twins projects.  She is scheduled to graduate from Glendon in 2012 with an Honours BA in Psychology.

Following the completion of her 4th year at Glendon, including the requirements for the Cognitive Neuropsychology Concentration, Fiona was hired as a student doing psychological testing in the Neuropsychology Consultation Service at Sunnybrook Health Sciences Centre.  She has since been accepted into the graduate program in Clinical Psychology at the University of Windsor and is involved in both the Toronto Arson Prevention Program for Children, at CAMH, and the National Trajectory Project.

Helen took a year off before going to graduate school and obtained a position through the Department of Psychiatry at Sunnybrook Health Sciences Centre, where she worked on three research projects.  She co-authored a paper for one of the studies, and created a poster presentation that she delivered at Harvey Stancer Research Day at the Metro Toronto Convention Centre.  She has since started a Master of Science degree at the University of Toronto, where her research focus is detecting cognitive dysfunction in patients with Multiple Sclerosis.

While at Glendon, Lindsay took a summer Research Assistant position with Dr. Guy Proulx, funded by RRASFO (the Applied Health Research Network for Francophones in Ontario).  She helped to set up the Cognitive Neuropsychology Laboratory at Glendon, and gathered norms for a neuropsychological assessment battery.  She has recently completed the first year of her Master’s Degree in Clinical Psychology at York University.

Emilie also worked as a Research Assistant to Dr. Guy Proulx, helping to set up the Neuropsychology Lab and translating the student training manual.  She also gathered norms for the neuropsychological test battery, an undertaking that was the focus of her 4th year Honours thesis in Psychology at Glendon.  Emilie has since been accepted to do a Master of Science in Clinical Neuropsychology at the University of Victoria.

Duncan currently volunteers as a research assistant at the Sunnybrook Health Sciences Centre in the fields of traumatic brain injury and mild dementia in senior citizens. He also works under the supervision of a clinical psychologist at the Toronto Rehabilitation Institute where he is collecting data for his undergraduate thesis on the relationships between sleep disorders and various forms of cardiovascular disease.

Mike recently finished a practicum at Sunnybrook Health Sciences Centre, in the Brain Sciences Program.  There, he prepared a literature review for a study looking at new neuroimaging technologies in stroke patients.  The experience gave Mike the opportunity to observe some of the neuroimaging technology in action.

Sabrina is participating in a clinical study in collaboration with the Toronto Rehabilitation Institute, looking at cognitive functioning and Type 2 Diabetes.  She obtained an Undergraduate Student Research award from the Natural Sciences and Engineering Research Council of Canada grant (NSERC).  This study was the topic of her 4th year Honours thesis in Psychology.  Sabrina plans to pursue graduate studies in Clinical Psychology with a focus on psychological treatment of chronic medical conditions.

Ariel is a recent graduate of the Cognitive Neuropsychology Concentration at Glendon College.  While completing the course requirements, he had the opportunity to gain valuable practical experience in the Glendon Neuropsychology Laboratory.  For his undergraduate thesis, Ariel studied attention in cognitively healthy older adults by administering a battery of clinical tests under the supervision of a neuropsychologist.

Danielle completed her 4th year thesis in collaboration with the Cognitive Neuroscience Lab at Baycrest Centre for Geriatric Care. She subsequently worked at this lab exploring the relation between memory and the ability to imagine novel events. After completing the courses required for the Cognitive Neuropsychology Concentration at Glendon, Danielle gained more experience at Baycrest Centre for Geriatric Care doing cognitive testing under the supervision of a clinical neuropsychologist. She is scheduled to graduate from Glendon in June of 2012, and aspires to pursue graduate studies in the field of clinical neuropsychology.

Katie Bishop recently completed the requirements for the Cognitive Neuropsychology Concentration at Glendon College. She used a new tool to investigate different aging trajectories as part of her Honours Thesis. For her practicum, she is involved with developing a networking website to help connect adolescents with mentors who can aid them with mental and physical health topics. Katie hopes to pursue a career in clinical neuropsychology, with a focus on neurorehabilitation following brain damage.

Lauren is in the process of completing the Cognitive Neuropsychology Concentration requirements at Glendon.  She volunteers at the Toronto Rehabilitation Institute, where she works with a clinical psychologist within Cardiac Rehabilitation. She is collaborating in a research project that looks at the impact of adult attention deficit disorders within the cardiac rehabilitation population.

Brandon recently completed the Cognitive Neuropsychology Concentration course requirements. His practicum at Baycrest will focus on generalizing the effects of cognitive training in older adults. He also volunteers at CAMH in a neurogenetics lab investigating suicide in schizophrenia and bipolar disorder. Brandon plans to pursue graduate studies in Clinical Psychology with a focus on the cognitive and behavioural indicators of vulnerability to psychotic and affective disorders.

While at Glendon College, and York University at Toronto, Andrew obtained a Bachelor’s, and Master’s degree in Psychology. In collaboration with Baycrest, supervised by Drs Josée Rivest and Larry Leach, he conducted research that investigated attention capacities of older adults with, and without, mild cognitive impairment. He also did some applied research on the rehabilitation of visual-spatial neglect. Andrew continued graduate studies at the University of Toronto, where he obtained a Master’s degree in Occupational Therapy. Since 2011, he has been working as an Occupational Therapist in Neurological Rehabilitation Service at West Park Healthcare Centre.

Nathalia recently graduated with an Honours degree in Linguistics and a concentration in Psychology. During her final year, she completed a practicum in neuropsychology and language, and worked as a research assistant for the Bonobo-Human Discourse project at Glendon. Additionally, Nathalia completed a summer internship in the U.S., where she learned about cognitive and communication abilities in language-immersed apes. Nathalia has since been accepted into the University of Toronto’s Clinical Master’s program in speech-language pathology

I have completed my practicum and senior thesis under the supervision of  Dr. Josee Rivest in affiliation with Baycrest in the domain of perception and clinical neuropsychology. My senior thesis was presented in a poster at the international conference for perceptual research (CVR) yielding a publication. I’ve worked as a research assistant in Perception (researching the ego-center) and in Engineering requirements (researching the effectiveness of visual goal models). I volunteered as a research assistant for behavioural coding and I completed training for handling Crisis Support Line callers. I will be graduating with the Bilingual Specialized Hons. BA in Psychology with the neuropsychology concentration in December 2015. 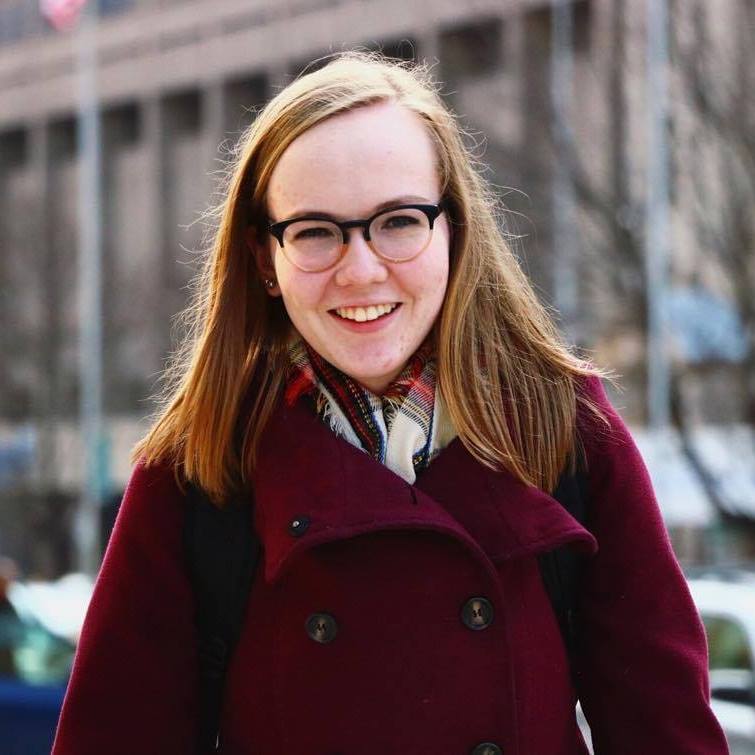 After completing the requirements of Cognitive Neuropsychology specialization at Glendon, Elizabeth completed an internship at Sick Kids where she is working on a project that is studying the neurocognitive difficulties of survivors of childhood leukemia. She was invited to continue her research at Sick Kids to complete her thesis on this subject. Under the supervision of Dr. Guy Proulx, Elizabeth is working on the “Synapse-Santé” project. She conducts an internship program for high school students about health in the summer, with the goal of developing a website on the health of Francophone youth. Elizabeth is planning to complete her Bachelor’s Degree in Psychology and Education in 2017. She was accepted into the Master’s Degree Program in Developmental Clinical Psychology at York University.