His fascinating research project seeks to shed light on relationships between French and Dutch naturalists at the turn of the 18th and 19th centuries. 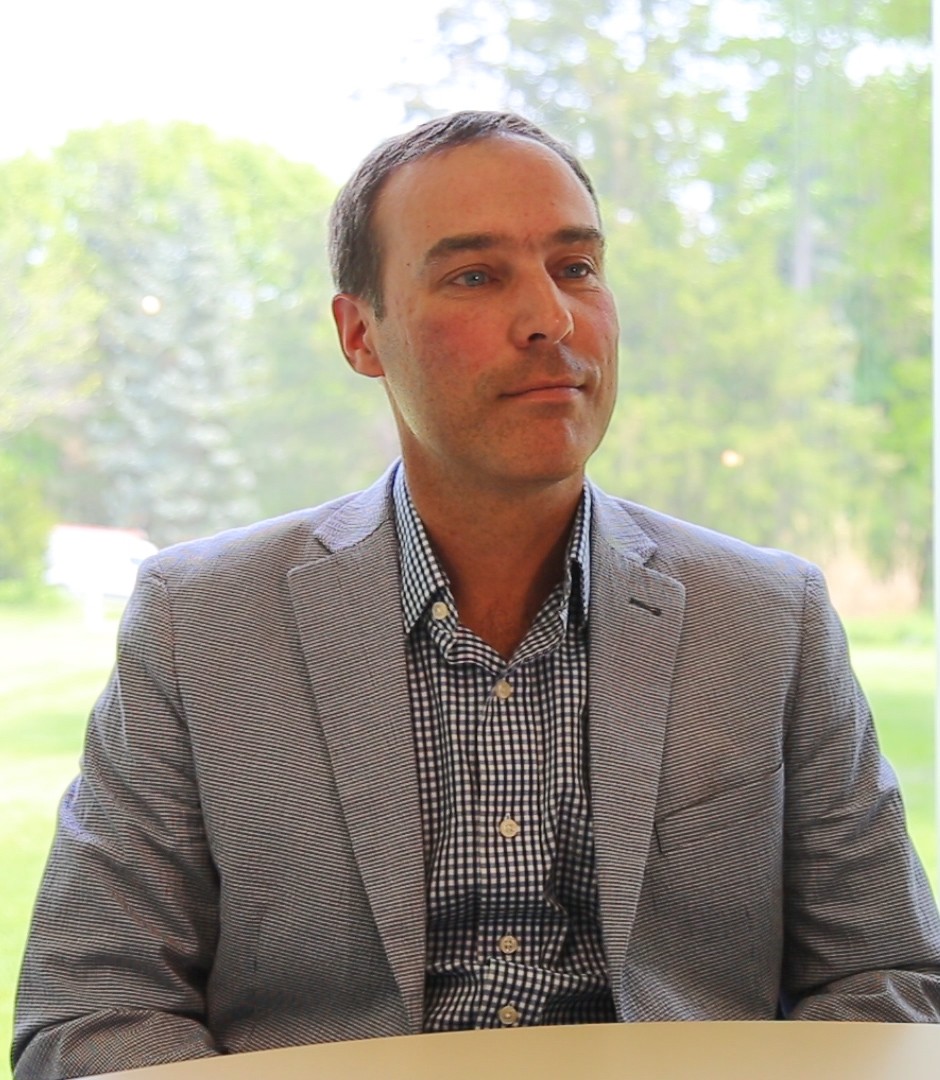 Dr. Paradis works as a researcher and a French Studies Professor at Glendon Campus. After obtaining his Doctorate of Veterinary Medicine from the Université de Montréal, he completed his BA, as well as postgraduate studies at the Université Laval in French and Quebecois Literature. He specializes in various areas of literature where he looks at the relationship of image and text, gothic novels, poetic creation, French surrealism and Québec automatism. He is greatly involved in the Glendon community as a York University Senate member and sits on multiple academic committees.

It was by happenstance, while reading Jacques Poulin’s novel Le vieux chagrin, that Dr. Swann Paradis was first inspired to pursue his literary studies while practicing veterinary medicine.. He was then encouraged to pursue a Masters and Ph.D. in literature by one of his professors. He now combines both his passions for books and animals in his unique research.

A UNIQUE COMBINATION OF RESEARCH TOPICS

Dr. Paradis’ study combines two typically contrasting fields: literature and science. His interdisciplinary research focuses on the French invasion of the Dutch Republic (the future Netherlands) in the late 1795. During the French occupation until the fall of Napoleon in 1815, a large amount of animal research and discoveries were claimed by the French people, serving to overshadow much of the groundwork already established in the Netherlands at that time, all while highlight the importance of natural history as a symbol of national prestige.

Dr. Paradis hopes to shed some light and provide new insight on the two European colonial powers by examining the history and discoveries of the naturalists who through both collaboration and their rivalries, contributed to the development of taxonomy. To accomplish this, he will examine images and texts contained within works of natural history, focusing on historical interactions between the Count Georges-Louis Leclerc, Count of Buffon (1707-1788) and his Dutch counterpart, Arnout Vosmaer (1720-1799). Buffon, a prominent French naturalist, mathematician, and steward of the Jardin du Roi (now the Jardin des Plantes in Paris), who helped make this French institution a leader in scientific research in Europe. Vosmaer, as the director of natural history and the menagerie of stadhouder Guillaum V d’Orange, has exclusive access to a number of exotic species from the colonies (Surinam, Indonesia, and South Africa).

Running for the next three years, this study will draw the attention of literary scholars, but also historians, and non-specialists in natural history, a discipline that was considered as the meeting point of science and literature, and one of the last literary field before the unity of classic knowledge was threatened by the role of the specialist replacing the role of the generalist.

ABOUT THE RESEARCH COUNCIL

The Social Sciences and Humanities Research Council (SSHRC) is a federal agency that seeks to advance Canadian knowledge in the humanities and social sciences by providing financial support to researchers at the postsecondary level. They aim to support research that improves the quality of life and further Canadian innovation. They have been supporting Dr. Swann Paradis’ research for many years, ranging from small travel grants, to hiring grants and more.

ABOUT FRENCH STUDIES AT GLENDON

Glendon is home to an internationally renowned French Studies program. Located on our bilingual campus, Glendon is the perfect setting to improve French knowledge and to become immersed within a dynamic and flourishing francophone community. Glendon is home to many French resources and hosts a wide variety of francophone events, and welcomes many francophone students from all over the world.

View all posts by garrido