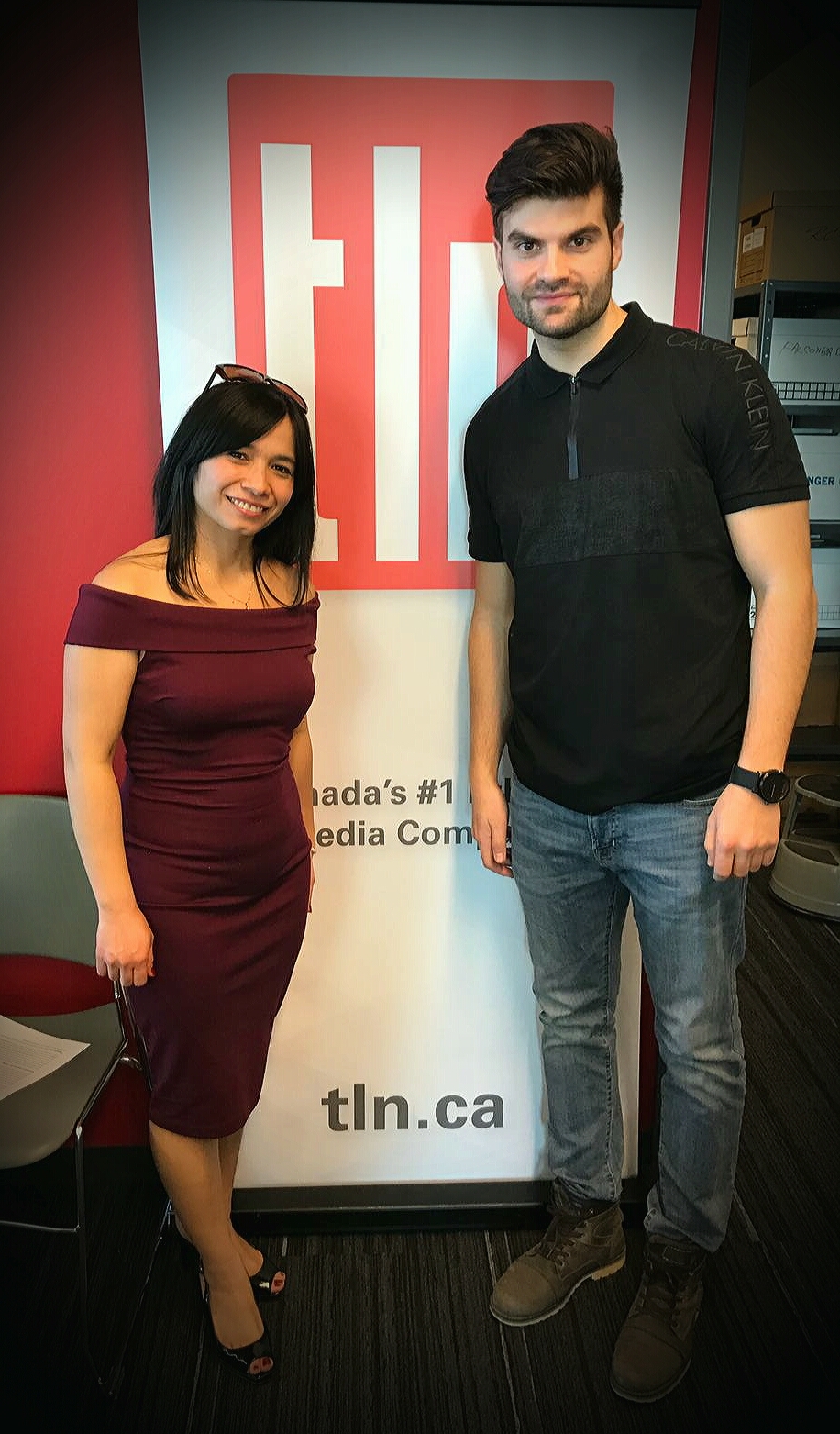 Two narrative works by Glendon students have both won second prize in the TLN Telelatino and York University’s Centre for Research on Latin America and the Caribbean (CERLAC) 2016 essay competition.  The recipients of the awards are Yuriko Matayoshi Franco and Thomas Stratan, fourth-year students in the Hispanic Studies Department at the Glendon Campus of York University.  The 2016 TLN Telelatino Essay Prize recognizes outstanding scholarly papers in any area of study on the experiences of the Latin American diaspora.

The narrative works were written as part of the requirements for the course Hispanic Cultural Traditions in the GTA: A Life Narrative Project, created and taught by Professor Alejandro Zamora.  “The course objective is to obtain and study stories of Hispanic immigrants in Toronto and the GTA.  Those stories constitute a very important narrative capital for our society,” said Professor Zamora.  “Its value lies in allowing us to understand the multiplicity of cultural meanings and negotiations at stake in each person’s everyday life, as well as the struggles when different, complementary and opposed cultural traditions converge.”

Yuriko Matayoshi Franco’s work is entitled Ambivert Lucía: la niña que tenía miedo a ser diferente (Ambivert Lucía: The girl who was afraid of being different).  The narrative focuses on the developmental process of a 16-year-old student, the daughter of a mixed marriage between an Ecuadorian mother and a Canadian father. The work narrates several experiences and reveals the different adaptation processes and cultural negotiations that she has gone through to be able to build her personal, social and linguistic identity.  From her early childhood in a town in Ontario, in which her family was the only one ethnically different, until her integration to multicultural Toronto, this life story reveals the complexity of the situations that children have to solve internally when they face their own differences.  These are experiences that occur on a daily basis and quite often unnoticed by the adults.

An adjudicator of Franco’s paper concluded that her paper “relates clearly the importance of language in relation to the construction of identity in individuals as members of immigrant communities, especially in relation to the unequal roles of language prevalence from the dominant cultural versus the minority heritage language.  It is encouraging to see insights and considerations so enlightened, profound and well researched in such a young scholar’s work.”  Franco is a Peruvian immigrant who has lived in Japan.  She is currently completing her 4th year in the Hispanic Studies program at Glendon, where she also studies Translation.

Thomas Stratan’s work is entitled Alex Veliz y la cuestión de la doble identidad (Alex Veliz and the double identity issue).  It is focused on the story of a Torontonian singer, son of Guatemalan parents.  The narrative journey takes us from a childhood that had to overcome situations of acceptance and rejection among peers, to the awareness of his ethnic identity markers, and to a conscious and calculated management of his identity.  From these situations flourished an artistic talent, who visited many countries and was signed with Universal Music Canada.

One of the adjudicators commented that Stratan’s paper presents “an engaging reading of [artist Alex Véliz’] life and biography, while placing this in view of the larger dimensions of what life is like for those of various cultural backgrounds.  Thomas Stratan’s presentation of the various threads of this life story is insightful and delightful to read, while providing many details of the subject’s journey with cultural hybridity.”  Stratan is a Romanian immigrant who also spent time in Spain. He graduated with honours from the Hispanic Studies program at Glendon in 2016.

The awards were presented on February 16, 2017, at York University’s Centre for Research on Latin America and the Caribbean.

All the award-winning papers are available online on CERLAC’s TLN Telelatino Awards page.