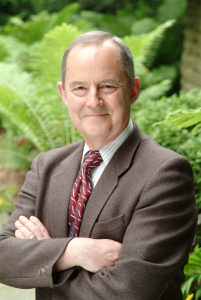 On June 25 2015, Professor Stanislav J. Kirschbaum, the chairman of the International Studies department, was officially promoted to the rank of Officer in the Order of Academic Palms by the Consul General of France, Mr. Jean-François Casabonne Masonnave.

This distinction was granted by the French Government to acknowledge Professor Kirschbaum’s “remarkable work and his contribution to strengthening exchanges and academic cooperation between France and Canada”.

Professor Kirschbaum was inducted in the Order in 1994, when he was recognized for his efforts to improve academic relations between Canada and France. He is also one of the founding members of l’Association France-Canada d’études stratégiques. This organization meets every year in France or in Canada to discuss topics relating to both countries, and to international events.

Since then, Professor Kirschbaum has been actively involved in its annual meetings, two of which were hosted at Glendon. He is also one of the editors of their publications, which now constitute a collection published by Editions Bruylant, entitled “Collection d’études stratégiques internationales”.

Professor Kirschbaum earned his doctorate at the Université de Paris and has been a member of the Glendon community for 45 years. He is also a Fellow of the Royal Society of Canada and a member of the International Institute for Strategic Studies.