I’ve said it before — our current Year Two Arabic team is very pro-active. Never ones to sit back and wait for things to happen, they go out there and map their own path to success.

Case in point. My colleague Qjinti Oblitas has a segment in one of her courses entitled, “My Market”. It requires students to go out and research the landscape that awaits them after they graduate.

These are all questions that students attempt to answer as part of this assignment. Our Arabic team tackled them head on. 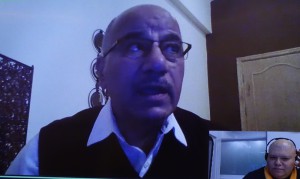 First up, the team invited Dr. Saman Abdulmajeed, Senior Interpreter at Al Jazeera, to join us remotely. He spoke about interpreting interviews and reports on live television. Most times, people are patched in via satellite link, via Skype, or even via the phone lines. As a result, as a media interpreter, you have to half expect the sound to drop at some point while you are working.

Just how do you cope with problematic audio? Dr. Abdulmajeed explained that, if you want to be a media interpreter, you have to use the same tools that other interpreters do. First off, you have to thoroughly research the people you are going to interpret, so that you are intimately familiar with their positions and points of view. Next, you need to use that intimate knowledge to anticipate how they are going to respond to questions.

[tweet_box design=”default”]Dr. Saman Abdulmajeed of @AJEnews: Media interpreting is not for the faint of heart.[/tweet_box]

Clearly, media interpreting is not for the faint of heart. But it is fascinating work. What’s more, events in the Middle East have been front and centre on the international stage for decades, so there is likely to be an ongoing demand for media interpreters with Arabic. 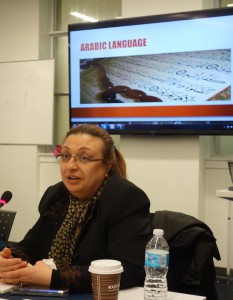 The second guest of the evening was Ms. Raneen Saeed, who joined us in person. She is a free-lance interpreter who has worked in a number of markets, in both the Middle East and North America.

I found her descriptions of her time in the United Arab Emirates to be particularly compelling. Particularly before 2008, there was a massive building boom in the UAE, and this included the construction of massive conference facilities. In turn, the facilities attracted a large number of grand-scale events, all of which required interpretation. Now, gaining access to this interpreting work wasn’t always easy, Ms. Saeed pointed  out. Indeed, it required some careful networking with local agencies, potential clients, and other key stakeholders.

In fact, networking was one of Ms. Saeed’s key messages. She encouraged all the students to think about the vast web of people who could potentially help connect you to interpreting work. Your interpreting classmates are an easy place to start. It’s important to stay in touch after you graduate, both with those who work in the same booth as you, and with those who don’t. But she also recommended that you think about other connections — for example, classmates from your undergraduate studies — who might be helpful in surprising ways. 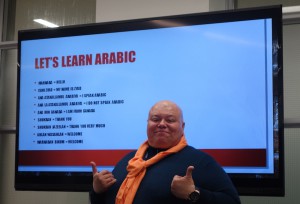 In addition to the guest speakers, we also heard from Arabic team members Ahmed and Zyad. They both took the floor to present some of the research they had done into their interpreting markets. For example, Ahmed reported on the conference centres that he would like to contact after graduation. For his part, Zyad spoke about the importance of engaging potential clients in creative ways — he then practiced what he preached by giving everyone present a mini lesson on Arabic.

And speaking of Arabic, the entire event took place in that language. So when Zyad and Ahmed weren’t on the floor, they took turns in the booth interpreting into English, so that the rest of us could follow along, and so that the other interpreting students could take relay. In this way, not only did we learn about a new interpreting market, our future interpreters also got another opportunity to practice and receive feedback.

These are just a few of the ways in which Glendon MCI students are already planning to succeed. Have you got a story about strategies for entering a new interpreting market? Be sure to share them with me using the comments field below. 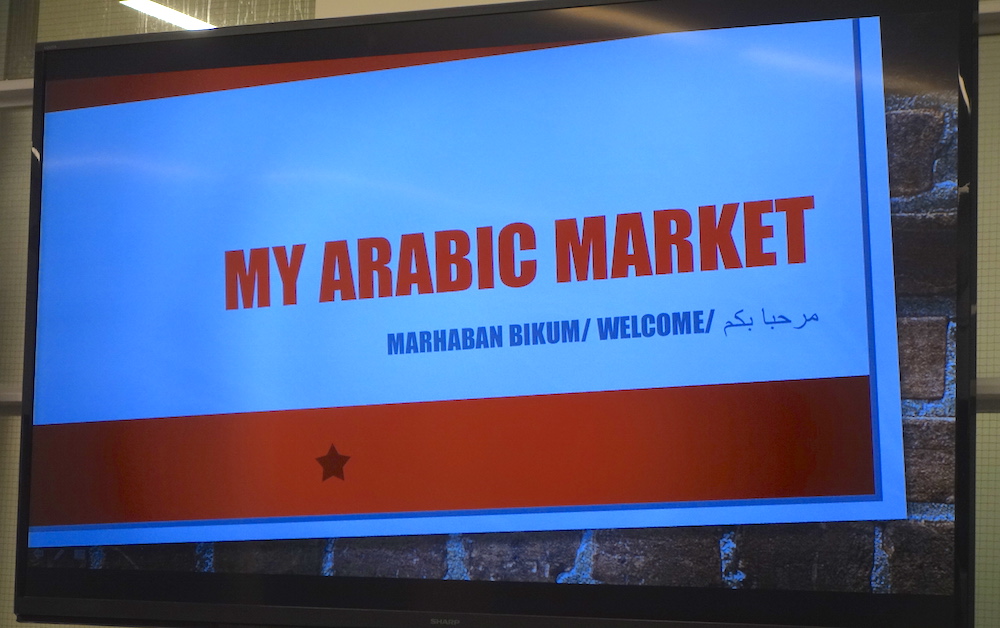 
2 responses to “What do you know about the market for Arabic?”