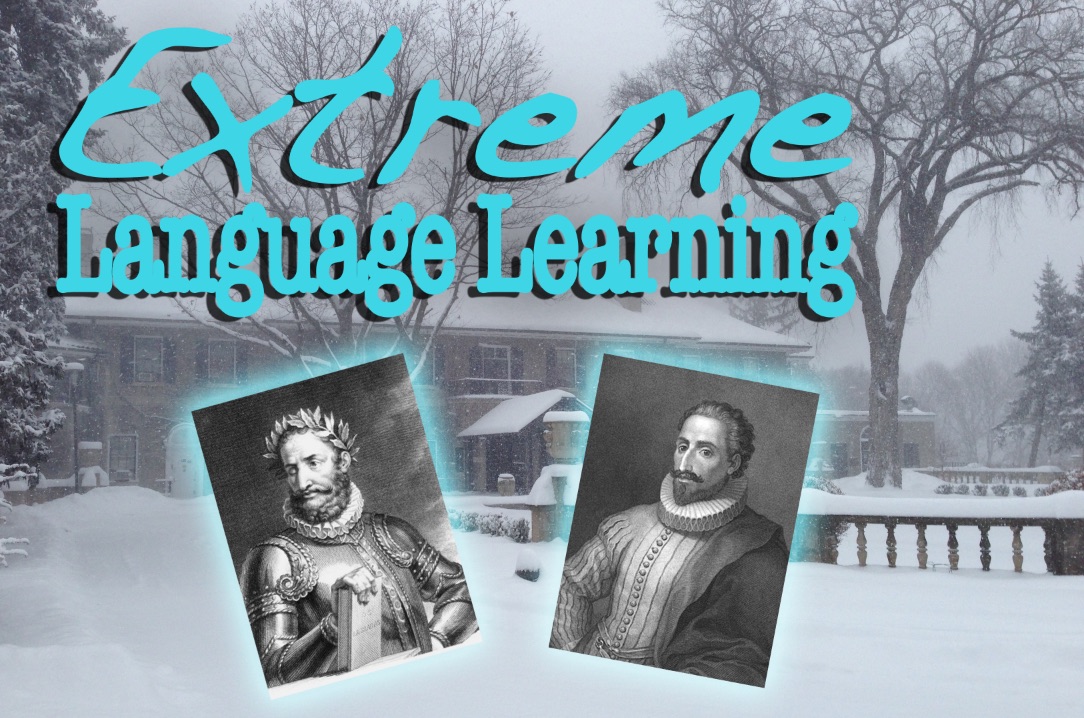 How does an interpreter perfect multiple languages? Without getting them all jumbled up? How do we manage to be extreme language learners? These questions have been on my mind a lot lately. 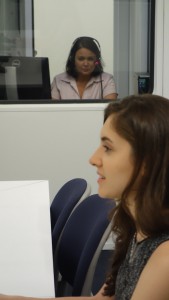 Readers of this blog will know that 2015-2016 is a sabbatical year for me. One of my goals, while I’m away from my regular duties, is to improve some of my working languages. More specifically, I wanted to work on my Portuguese and my Spanish. Both of these were in need of attention.

I picked up Portuguese while living in Brazil back in the late 1980s. Portuguese then became a gateway to Spanish. However, up until recently, I had never spent time in a Spanish-speaking country. In short, I had neglected Portuguese for more than 25 years, and Spanish had never been the focus of any sort of organized effort on my part.

I began to remedy matters earlier this year by trundling off to Spain. I spent three months as a visiting scholar at the Universidad de La Laguna. My time away certainly jump-started my Spanish. But, at the end of my stay, I was left with two problems.

First, I still had a lot of language learning left to do. Second, my Spanish was now interfering with my Portuguese. (My Portuguese had interfered with my Spanish for years, and that was bad enough. I was doubly embarrassed that interference seemed now to be a two-way street!)

When I returned to Canada at the end of January, I was faced with a dilemma. How was I going to stay on the straight-and-narrow with not one, but two languages? And how would I make sure that the two different language paths didn’t collide? It seemed like a rather extreme task.

I eventually put a language improvement strategy in place. Some of its features might be of interest to you. 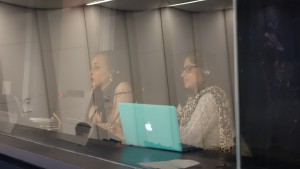 1. Work on the languages simultaneously

I polled my social circle and quickly discovered that I had two friends — one lusophone and one hispanophone — who were eager to improve their English. I struck a deal that I would meet each of them once a week for a sort of “language exchange”. For half the time we are together, I tutor them in English, and for half the time, they tutor me in their language.

Before we meet, I choose an editorial on a current event. I usually look to O Estadão in Portuguese, and to El País in Spanish. At the start of my other-language session, I give summary of the article (I normally work some point-form notes, so that I strengthen my ability to improvise), and then I debate the issue at hand with my tutor. (For example, one week I discussed Apple’s legal battle with the FBI, and the latest on the refugee crisis in Europe.) Throughout, my tutor takes notes on language mistakes I make, and we review them at the end of our time together.

The important thing in all of this is that I spend time each week working on both Portuguese and Spanish. I find it helps to lessen the cognitive tug of war between these two extremely similar languages. 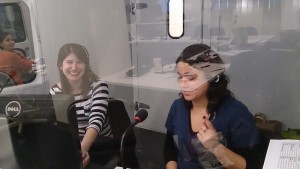 Invariably, I find that I get confused from time to time. A stray word from one language will creep into the other. Thankfully, my tutors are always on the lookout for interference (indeed, my lusophone friend speaks Spanish), and they bring it to my attention.

At that point, it’s really important to think consciously about the differences between the two, and to try and make those differences part of my active, declarative knowledge. For me, this involves keeping a notebook with entries that help me to keep things straight in my head. Here’s a sample entry.

From time to time, I review the entries in my notebook. I make sure to repeat over and over which language is which, so that I can learn to minimize the interference between them. 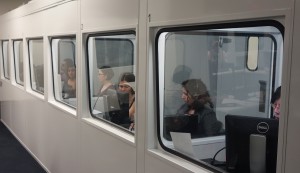 3. Make an extra effort with the little differences

Sometimes, even when a difference between the two languages is brought to my attention, I still wind up making an error. Here’s an example.

To say “that man” and “those men” in Portuguese, you say “este homem” and “estes homens“. And since the demonstrative articles in Spanish are pretty much identical, for years I just copied them whenever I spoke Spanish. But my hispanophone tutor flagged for me that there is one small difference — you actually have to say “este hombre” but “estos hombres“.

So far, sounds like another case of Point #2 above, right? Note the difference and rehearse it often. The problem is, even after I jotted this difference down in my notebook and reviewed it, I STILL found myself repeating the error. Turns out, “este/estes” has just become an automatic reaction. This makes sense — I have been speaking Portuguese, however poorly, for over 25 years.

In other words, I use this part of the grammar without thinking consciously about it. It is therefore unlike the false-friend vocabulary item I listed above. I find I give conscious thought, if only for a split second, before I use a particular bit of vocab. I can therefore reflect, for an instant, on whether I am selecting the right item for the language I am speaking. But with grammatical building blocks — well, let’s just say that they don’t always pass through the same conscious filter.

The trick for me is to make this particular grammar point un-automatic once more. My Spanish tutor has now “rapped me on the knuckles” so many times for this point, that I find myself becoming slowly alert when I am speaking. Before I pop in the demonstrative article, I do enter a kind of micro-vigilent state. Pavlov’s dogs learned to salivate when they heard a bell ring. Well, I’ve learned to get conscious again after being reminded about demonstrative articles repeatedly by my hispanophone friend. It is taking some time, but I am getting there…

I am not an expert on keeping similar languages water-tight. I am certainly no expert — at least not yet — on Spanish and Portuguese. But I do find that these three strategies are helping me advance my knowledge of these two languages, without making a total mess of them.

Do you have advice to share about mastering similar languages? About being an extreme language learner? Be sure to leave me a note in the comment section below. 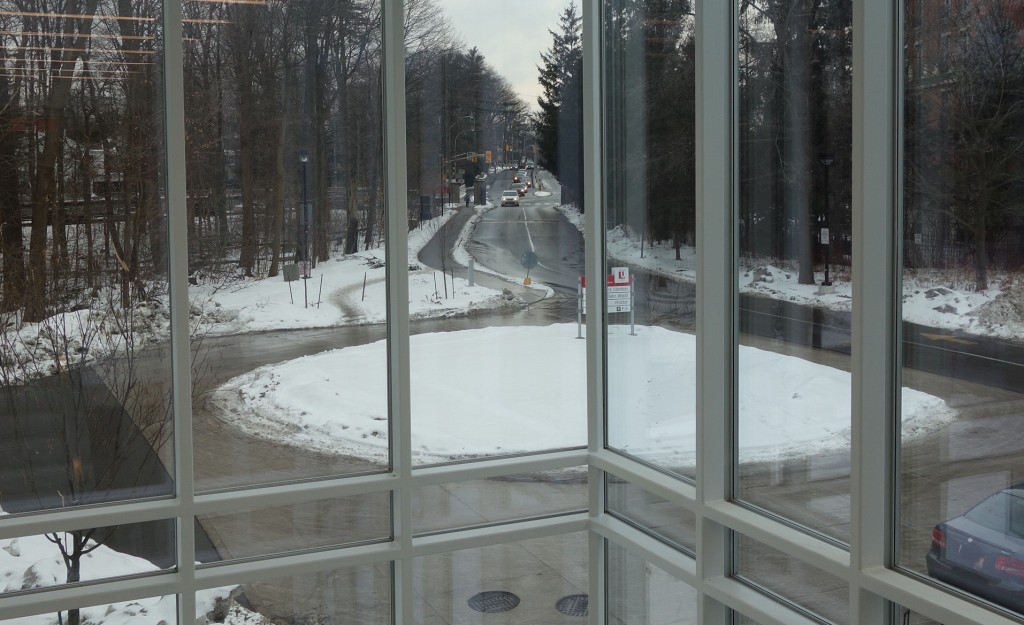 
16 responses to “Keep your languages strong but separate!”