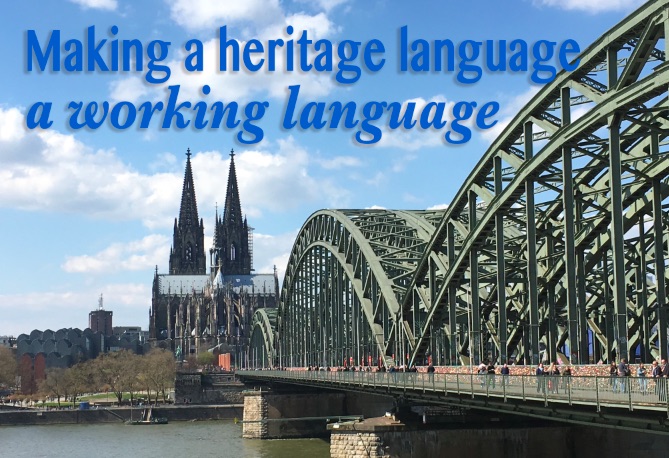 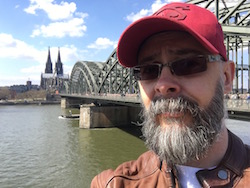 A view of Cologne from the Hohenzollern Bridge

Do you have a heritage language? A language you grew up speaking at home? But that you don’t really use in your adult life outside of your family? Looking to take that language to a place where you can use it for interpreting? I have a few ideas for you.

The new school year is underway at the Glendon MCI. But I still find myself mulling over the experiences that I had during my sabbatical. I’ve already written about my time in Spain. I also spent three months at an interpreting program in Cologne, Germany. I was hosted by my colleagues at the MA in Konferenzdolmetschen at the Technische Hochschule Köln. Contrasting the two experiences led me to some insight.

I learned Spanish as an adult, in a formal setting. Before I went to Spain, I mainly used it in a professional context. As a result, once on Tenerife, I could follow everything that went on in the university classroom. But riding the streetcar to get to campus, I had no idea what the people around me were talking about. And when I opened my mouth, I obviously had an accent, because people were forever asking me to repeat myself. 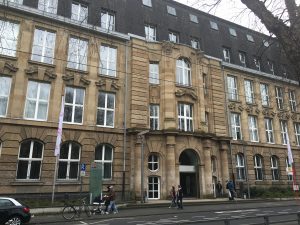 Technische Hochschule Köln, home of the MA in Konferenzdolmetschen

I learned German as a teen, with friends and peers in a German school 30 years ago. Before I went back to Germany this year, I mainly used it to talk to other teenagers and to my host family. As a result, once in Cologne, I was lost in the university classroom. But in the streets of the city, I could recite verbatim what I heard people saying around me. When it was my turn to talk, people seemed to understand me easily.

Now, don’t get me wrong. I’m not a heritage speaker of German. My parents don’t know the language. But I learned it early enough that the sound system is fairly hard wired in me, and I navigate a good chunk of the grammar and syntax unconsciously.

So where does this leave you, a heritage speaker trying to bone up on your first language? Well, here are a few tips and tricks that I used to take my German to the next level.

1. Don’t fret with the spoken word

Sounds kind of counter-intuitive for interpreters, doesn’t it? So let me explain. In Spanish, I am constantly trying to tune my ear to new accents. This means that I listen to speakers from different places to try and expand my repertoire. This is fairly standard practice for any interpreter who is adding a language.

In contrast, the German sound system is pretty much ingrained in me. I might struggle a little with the rural accent of a yodeller from the Bavarian Alps, but that’s not the profile of the average conference speaker. For most everyone else, I know that the way they speak is not going to throw me for a loop.

2. Join the adult world — through writing

Your heritage language skills have been honed in the family. This likely means that you know to talk to relatives and discuss family life. However, you never “left the home” in your language to go to school or work, or to be a participant in civic life. So you need to play catch up, and acquire the vocabulary, syntax, and style that is used in these spheres too.

How do you do that? Pick up a newspaper! Read about politics, and business, and finance, social issues, and sports. Make sure you have the language to talk about things that you never spoke about at home: “unemployment rates”, “single-parent families”, “global warming”, “mutual funds”, and “athlete’s contracts”, among other things. It may be a tough slog at first. (I know that there were times when I was looking up nearly every other word in a newspaper article!) But it will get easier over time.

3. Work formal speeches into your practice 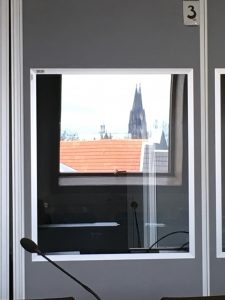 The point here is to familiarize with the ways that people structure their ideas in formal speech. Let me give you two simplistic examples. At the beginning of a speech, German speakers will say, “sehr verehrte Damen und Herren” (literally, “very honoured ladies and gentlemen”). English would drop the “very honoured” and just say “Ladies and Gentlemen. At the end of a speech, German speakers will say, “Danke für Ihre Aufmerksamkeit” (“Thank you for your attention”). In English, this becomes simply “Thank you”.

These kinds of differences can be seen not only in vocabulary, but also in syntax and the overall shape of the speech. It’s your job to learn about these differences.

Long story short, your heritage language is a tremendous gift. It gives you advantages that other interpreters who are also adding a working language do not have. But speaking the language at home isn’t enough. You have to work to develop it for the purposes of interpreting. And when you have done that work, it will be worth your while.