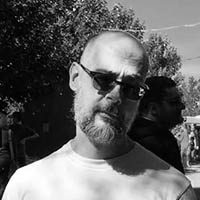 Dr. Clifford began working as a community interpreter in the 1990s before making the leap to conference interpreting. He is a former staff interpreter with the Government of Canada and an Active Member of the Association internationale des interprètes de conférence. He is the author of “Interpreting Effects: From legislative framework to end users” (in Mezei, Simon & von Flotow Translation Effects, 2014), of “Healthcare interpreting and informed consent: What is the interpreter’s role in treatment decision-making” (TTR, 2007), and of “Putting the exam to the test: Psychometric validation and interpreter certification” (Interpreting, 2005). 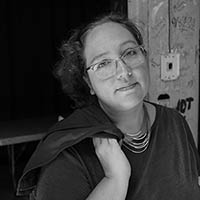 Before she became an interpreter, Ms. Oblitas explored many worlds: she was a student of political science; she worked for UNESCO in La Paz, Bolivia; she managed a community centre in the suburbs of Paris; and she even had a brief stint as a clown! Over time, she was drawn to interpreting, working first as a community interpreter before graduating in 2008 from the conference interpreter training program at the Université de Genève. She then began her career as a free-lance conference interpreter in Paris and at the EU. She also taught at the Université Catholique de l’Ouest, in Angers, and at the Université de Strasbourg, and she undertook graduate studies in Quechua linguistics at the INALCO in Paris. She left it all behind to join the Glendon MCI team. She hasn’t looked back since. 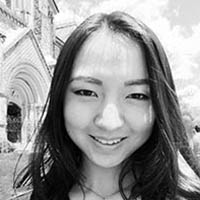 Ms. Zhang is an active conference interpreter who has extensive experience working with Canada’s three levels of government. She has also interpreted for a large number of industries in the private sector, and for civil society organizations such as universities and associations. From September 2013 to July 2014, she worked as a Teaching Assistant at the MCI before becoming a full-time faculty member. Prior to relocating to Canada, she was a staff interpreter at Sinophone Interpretation, a member of Calliope in China from 2012 to 2013. She holds a Professional Diploma in Conference Interpreting (with Distinction) from the Shanghai International Studies University (a United Nations MoU program). 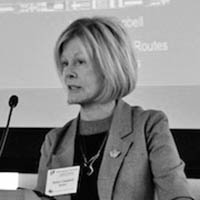 Ms. Campbell was a staff member of the Directorate-General for Interpretation of the European Commission (DG SCIC) in Brussels from 1973 until April 2011. A highly qualified and experienced interpreter trainer, she has aptitude-tested, taught and acted as examiner at university courses in and outside Europe and at EU tests and competitions. She continues to be a sought-after interpreter trainer and has gained a reputation as a lively, knowledgeable and entertaining public speaker. She is currently the Director of the National Network for Interpreting of the UK program ‘Routes into Languages’. Together with Jesús Baigorri Jalón, she edited five monographs on legal translation, including Translating the Law: Theoretical and Methodological Issues (Editorial Comares, 2013). 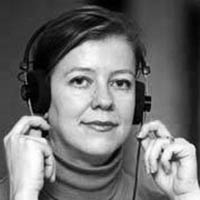 Dr. Diriker is Professor of Translation and Interpreting Studies and specialises in sociological approaches to the study of conference interpreting. She is the author of De-/Re-Contextualizing Conference Interpreting: Interpreters in the Ivory Tower? (John Benjamins, 2004). An experienced conference interpreter and trainer, she is Honorary Research Fellow at the Center for Translation and Intercultural Studies in Manchester University and a member of the Quality Assessment Committee of the European Masters in Conference Interpreting (EMCI).