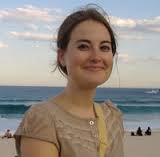 Honours Bachelor of Arts with a major in Linguistics and a minor in History (Glendon)
Currently pursuing her PhD in the Linguistics department of the University of Sydney, Australia

What made Glendon the right choice of university for you?
At first Glendon attracted me for its appearance- as it’s an ideal little nook in the north end of a very exciting Canadian city, but it offers so much more to students as a small university than any of the surrounding large schools. Because of its size and character, small class sizes allowed me time to discuss and ask questions and grow along with my peers, and also allowed me to form very important close relationships with my professors who ended up guiding me and mentoring me on into my postgraduate education. Also, Glendon is one of the few Canadian universities that includes courses in Systemic Functional Linguistics (SFL) which is the theory that I am studying in its home country at the moment in Australia. Being exposed to this in a small university opened up the opportunity for me to be involved in exciting SFL research (with Professor Benson and Professor Greaves in bonobo ape language studies), without which I would not have been awarded a full scholarship to continue my linguistic study abroad.

What are some of your fondest memories of your years at Glendon?
My fondest memories consist not only of the times I spent living in Wood Residence as a resident and Don in the girls’ E house (including Lord of the Rings movie marathon nights and pancake breakfasts), but also the amazing times that I had in Theatre Glendon as an actor, director, writer, stage manager and general theatre lover! Even though I was not studying theatre, Glendon’s black box was open to all students with an interest and was a warm and welcoming unbound space to expel my creative energy. The people involved in the shows were an eclectic bunch and they all allowed me to participate as much as I pleased- even to write and direct my own shows. When I was thinking outside of my fascinating studies in Linguistics and History, I could always be found in the dark of the theatre stage.

How has your Glendon education helped your subsequent educational pursuits?
As a postgraduate student at the University of Sydney, Australia, I am in the central hub of Systemic Functional Linguistics- the place where the theory has been developed, and continues to grow, and where all of the major SFL theorists (including the creator himself) are situated. I have as my supervisor one of the top scholars in the theory, and someone who is an author I admired as an undergraduate in Toronto- incidentally, he is also a graduate of Glendon! In fact, in an international Linguistics conference this past July in Denmark, it was remarkable to see that seven scholars who had all come from Glendon surrounded a table together (most successful professors now teaching in other parts of the world). This shows how influential Glendon has been to many Linguists, and for me personally, it has even allowed me to study abroad under a full scholarship. I have applied the knowledge from my Glendon education to my current studies, and included my Honours Studies research in an upcoming journal article which will serve as my first publication (of many, I hope!).

I would also have to say that being a Don and working in the theatre as a stage manager at Glendon have given me needed experience that I have put into play this year by co-convening the first international Free Linguistics Conference at the University of Sydney. This was developed by myself and a professor here at the university, and was attended and applauded by scholars from all over the world. In the future, these pursuits will only grow stronger and I have the open opportunities of the Glendon experience to thank for that.

What was your favourite spot on campus?
On campus, the theatre was definitely my favourite spot (a place where I could either relax or scream at any time). The bright green open quad in between the residences was also always an appealing spot for basking in the sunshine in the late spring and star-watching with hot chocolate in the middle of a snowy winter.

What did studying at a bilingual institution mean to you?
Studying in both languages as a Linguist was an eye-opening experience, as I not only learned the theory of Linguistics from scratch in my own language, but realized the difference in perspective from French as well. It is important not to be endocentric in learning Linguistics in the sense of learning conventions that are not based on ONE language alone. Linguistics is the study of ‘language’- not of one language alone, but all languages, and what it is that makes them ‘tick.’ By seeing not only how English ticks, but how French does and doesn’t tick in comparison, my mind was opened to the notion of perspective and difference in language theory.

At the moment I am also taking a postgraduate course in which we are putting languages other than English into a typology- describing it and seeing how the systems behind them are similar and different from English- and my education in French helps me immensely. I particularly enjoyed taking a women’s studies course in French as a first language, as the only way to truly learn a second language is to do so through complete involvement (and learning about interesting subjects along the way).

Anything else you’d like people to know about your time at Glendon?
I had one moment of doubt in my Glendon education, where I decided to transfer to another university after I realized that I didn’t want to pursue a major in Translation (as originally planned). However, instead of moving away, I changed my major to Linguistics and involved myself more in the extra-curricular opportunities such as theatre. It was only during my last two years that I realized what an important and beneficial decision this was- as I then pursued my research in ape language and moved on to Sydney- none of which I could have done without the support of my professors and Glendon itself. Glendon gives you this space and chance to change your focus- and sometimes it offers you special opportunities for pushing your knowledge and furthering your abilities- and this is an absolutely unique and wonderful aspect of the university. Don’t forget to take full advantage of it! 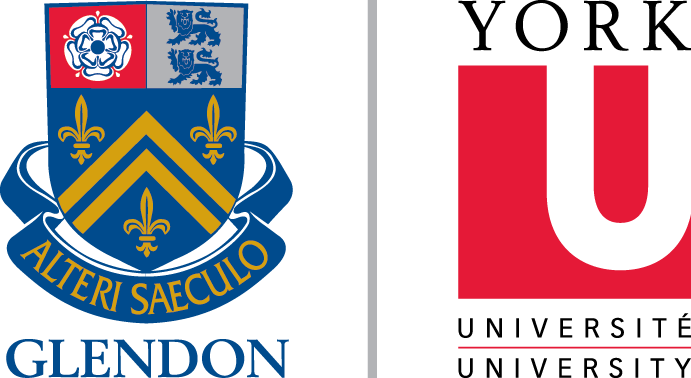