To book one of our travelling exhibits please contact: Jocelyn Kent – exhibits@languagemuseum.ca

We charge a small administrative fee for rentals and hosts are required to cover the cost of shipping. If you have any questions about the exhibits, such as space requirements, content, or partnership possibilities, we encourage you to email us! 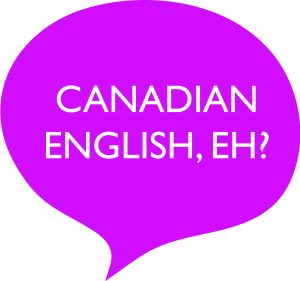 Canadian English, Eh? focuses on Canadians’ distinctive use of the English language. This exhibit explores the history of English in Canada, variations in Canadian English across the country and across generations, as well as influences from French and Aboriginal languages.

French plays an important role in the linguistic landscape of Canada, perpetuating a language whose North American origins are nearly four centuries old. French in Canada presents the dynamic history and contemporary status of Francophone communities from coast to coast. This exhibit highlights the Laurentian and Acadian dialects and describes language contact with English and Aboriginal languages.

Speaking the Inuit Way introduces viewers to the diversity of the Inuit language. This exhibit presents Inuit writing systems, dialect differences and modern revitalization efforts, and illustrates how the language reflects both historical and contemporary Inuit culture and identity.

Cree: The People’s Language is an exhibit about Cree, the most widely spoken Canadian Aboriginal language. Six colourful panels present maps, photos and information on topics including the syllabic writing system, word formation, animacy, and the future of Cree. There are also audio clips of Cree dialects from across Canada. 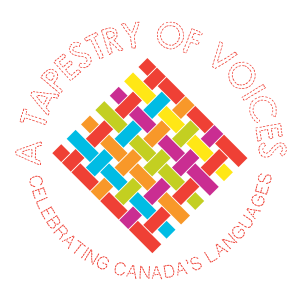 A Tapestry of Voices surveys Canada’s rich linguistic landscape, including over 60 aboriginal languages, Canada’s two official languages (French and English), and more than 100 languages that immigrants have brought to our shores. The exhibit explores themes that touch the lives of speakers of every language in Canada

Read Between the Signs explores how Toronto’s diverse languages shape our city’s streets. These languages are part of the landscape, visible in storefronts, building facades, and street signs. They can reflect, and sometimes even obscure, the communities that live and work in this city.