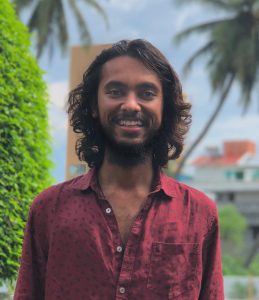 Second year Communications student Jigar Ganatra has been invited to attend the Canadian Conference on Student Leadership in Vancouver, BC, in order to meet and share ideas with other student leaders.

Jigar aspires to be a filmmaker, and has already received the World Nomads Travel Film Scholarship of 2017 following the release of his film, “Kiwi the Untold Story”, which aimed to generate awareness about refugee issues.  An activist at heart, his goal is to increase visibility and give voice to those whose stories are neglected in mainstream media.

In Vancouver, Jigar looks forward to building relationships with motivated, like-minded individuals. As an international student, he hopes to use this experience to expand his network beyond Glendon and into all of Canada, in order to collaborate on future projects.

The Canadian Conference on Student Leadership aims to bring together post-secondary students from across Canada and the world in order to share their experiences, ideas, and skills. It is an opportunity for student leaders of today to motivate and inspire one another while moving toward their leadership goals.

Glendon Student Affairs hosted a contest with the aim of enabling one student to attend the Conference. The sponsorship, from the Office of the Principal, will grant Jigar the opportunity to participate in this wonderful event.