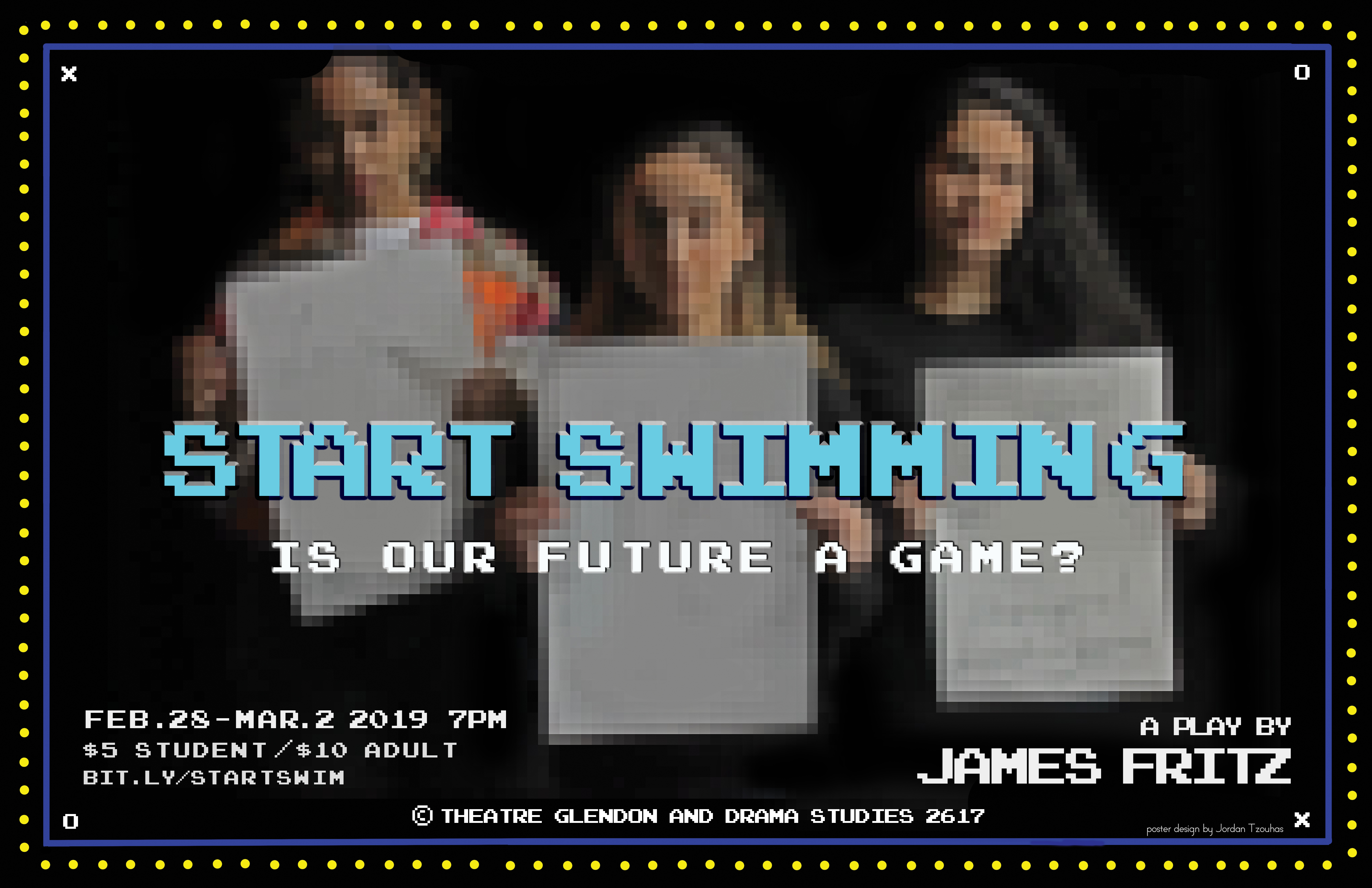 The Drama Studies Program and Theatre Glendon are thrilled to invite you to Start Swimming, a play by James Fritz, directed by Gabriel Levine. This multimedia theatre piece represents the culmination of the efforts of students in Drama Studies 2617: Performing Texts, and will run for 3 nights, from Thursday February 28 to Saturday March 2 at Theatre Glendon.

Taking its title from Bob Dylan’s lyric “you better start swimming or you’ll sink like a stone,” James Fritz’s new play gives us a collective choice: to sink or swim together. The waters are rising as high as the intensity of this play; the rich are only getting richer, while everyone else has to hustle just to get by. In this daring production, nine young people are stuck in a game controlled by a set of unfair rules. And it’s not like any game you’ve seen before…

Special closing night event on Saturday, March 2: REVOLUTION PARTY! Join the cast after the show (8pm) for music and refreshments. $5 cash at the door, or free with show ticket.

Tickets may be reserved online in advance at bit.ly/startswim or through the Theatre Glendon box office at theatre@glendon.yorku.ca; or call 416-487-6822.