Translation and Reconciliation: (Post-)colonial practice in the translating, editing and publishing of Inuit literature

There are precious few Inuktitut literary voices available in translation, and what texts do exist tend to be presented in ways that are problematic, especially in the context of current debates around the appropriation of culture and the need for reconciliation. This paper will explore the issues through a discussion of early 20th-century authorities such as Knud Rasmussen, qallunaat authors such as Farley Mowatt who “speak for” Inuit, and the various translations of Mitiarjuk’s Sanaaq, Markoosie’s Harpoon of the Hunter, and Niviaq’s Homo Sapienne that are currently circulating worldwide. It will draw on recent theorizing about indirect or relay translation, especially in relation to languages of lesser diffusion, as well as themes such as agency, gatekeeping, and oral traditions. I argue that we need to consider all renditions of Inuit narrative and poetry, and indeed the very notion of translating Indigenous texts, from an approach that is far more rigorous, critically informed, and sensitive to the need for a decolonizing praxis. 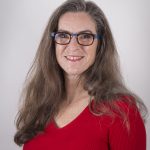