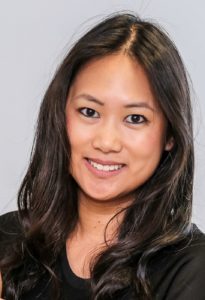 Since graduating with a BA in Political Science, this passion has taken Michele around the world. She worked as Director of Girls & Women Programming for The Belinda Stronach Foundation before earning a master’s degree in Human Security & Peacebuilding. Her graduate studies took her to Lebanon where she consulted with non-profit organizations in Beirut before moving to Zimbabwe to work with UN Women. In 2014, she settled in the United Arab Emirates, where she continued to apply for UN contracts.

While in Dubai, she worked with local contacts to build e7 Daughters of the Emirates, an annual leadership program and incubator for young women in the UAE.

“I met someone from Dubai’s Executive Council, and we really clicked and started brainstorming something similar to G(irls)20 Summit which I ran for the Belinda Stronach Foundation,” Michele explains. “We thought of having young women from each of the seven emirates (UAE’s version of provinces) to collaborate and build community programs.”

Her experience in both politics and non-profit program development and management inspired her to start MLW Consultancy, a social impact advisory that integrates sustainability and philanthropy strategies into businesses.

“I wanted to amplify my ability to create impact not just with one company but with many,” says Michele about her motivations to start a business. “I also wanted more flexibility and agility.”

The social impact advisor and business owner credits Glendon with giving her the skills and confidence to build a career that works for her and that centers on her own values.

“Glendon provided a platform for me to really self-discover and to grow. Any university provides an education, but because of the way Glendon was built, I loved that it was a small campus where everyone would run into each other often, while still having access to big campus facilities. I really harnessed my love for diversity and to this day, my social and professional network is extremely diverse in categories of industry, lifestyles, belief systems, and so forth.”

Fifteen years later, her Intro to Politics class still stands out for its engaging and inclusive environment. The class served as the ideal introduction to university-level political science for Michele after spending most of her early school years passionate about the subject.

“Growing up, I was always interested in the political system. I first became fascinated after a field trip to City Hall in Vancouver when I was 10 years old. A few weeks later, I saw Mayor Philip Owen at a restaurant while having dinner with my family. I silently slipped away, charged over, and asked him why he wasn’t at work before my mom could stop me. He gave me his business card, and I ended up spending a day with him to learn more about municipal politics.”

This proactivity has defined her life and career to date, and she looks forward to seeing more people assert their agency in their lives and their communities as the world begins to recover from the pandemic.

“I’m really excited to witness people starting to reflect within during the pandemic. I believe that we will see the effects of this in the next couple of years. People who will be starting businesses after having transformative self-reflections where they begin identifying what is truly important to them such as their family and well-being. Business owners will start to see the importance of being part of a greater community, and the responsibility we have as a collective. I’m already seeing corporates seeing the shared value to themselves and to others in focusing on sustainability strategically.”