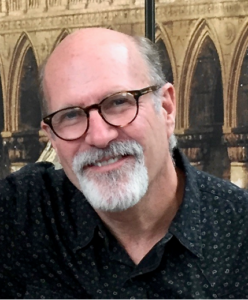 Travel can dramatically change a person’s life trajectory. It certainly did for alumnus Mark R. Allio, and he wants to ensure Glendon students have the same opportunity.

When Mark arrived at Glendon in the mid-seventies, he was the only American on campus. This made him a de facto ambassador from the United States. It was something his late brother, Paul, would also experience when he arrived a few years later.

“Our experience at Glendon set the stage for both personal and professional endeavors. It helped us transcend ethnocentrism and gain a deep appreciation for other ways of thinking while pursuing careers that involved teaching, problem-solving, communications, and cultural literacy.”

This year, Mark and other family members donated a significant amount to create the Mark and R. Paul Allio Experience Award, consisting of both an endowment to ensure its longevity and an annual expendable component that will fund travel and experiential learning opportunities for students.

He created this award in memory of Paul who passed away shortly after Mark’s last visit to Glendon for Homecoming 2017. He says his brother, whose first year overlapped with Mark’s last, had an equally memorable experience. In fact, Paul met his future wife, Beate, a fellow student, at Glendon, and they went on to marry and have three children, all of whom are proud dual US-Canadian citizens.

“I’d been ruminating on a suitable way to publicly honour his memory,” says Mark. “It suddenly occurred to me that our times at Glendon together were incredibly transformative for us. Those times were among the happiest days of our lives.”

Some of Mark’s fondest memories include learning about Canadian culture (both French and English), enjoying the Café de la Terrasse, hosting a weekly radio show at Radio Glendon, and acting in a theatrical production of King Lear. He remembers going to hockey games for both the Leafs and the Nordiques and making friends from both camps in the process.

“Paul and I both lived on campus during my last year at Glendon and his first. Seeing the Quebecois band Harmonium at Convocation Hall still ranks as one of the best of many concerts we saw together, prompting us to go out and buy dual guitars!” 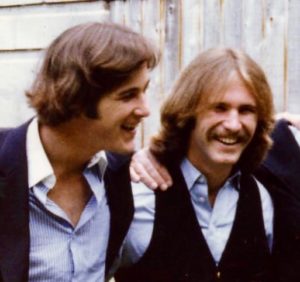 Mark, who graduated with a BA in Psychology, went on to build a dynamic career in the public, private, and non-profit sectors where he specialized in economic development, entrepreneurship, and arts administration. For more than a decade he directed a small business development and minority business center in Boston, where he helped thousands of entrepreneurs start and grow businesses, And he still advises small business clients today. Meanwhile, Paul used his BA in Political Science to build a successful career in international business strategy consulting. His career included time at PwC as well as a teaching position at Harvard University.

Mark’s hope for this award is to ignite Glendon students’ global awareness and curiosity through experiential learning. He believes travel helps build skills such as Intellectual curiosity, adaptability, and resilience as well as geographic, political and cultural awareness, and respect for other cultures.

Indeed, developing these skills during his undergraduate studies served Mark well even before embarking on his career. His time at Glendon quickly came in handy during a summer management consulting field experience in Venezuela while pursuing his MBA at Babson College in Wellesley, MA.

“I’ll never forget getting off the plane. The first words out of the local program coordinator’s mouth were, “I told them not to send you – you don’t even speak Spanish!” (I had in fact taken an Intro to Spanish course). Babson was a pioneering school in international business, and had other international programs that were well-established, but this was the first one in South America. Luckily, I had a wonderful host family in Caracas who were very supportive, and made the best of it, ultimately producing work that earned me high marks upon my return. I found the wherewithal to do that thanks to Glendon, where I had learned to navigate new and unfamiliar environments.”

His advice to recipients of the Mark and R. Paul Allio Experience Award? Seize the day.

“With the advent of the internet, the world has become an even smaller place, but there is no substitute for experiencing people, places, and projects outside of one’s “comfort zone”. Graduates who are able to demonstrate their ability to navigate unique project challenges and diversity elsewhere will be far better prepared to succeed in this rapidly evolving world.”