When Ann Hilborn arrived at Glendon in the seventies, she was ready for opportunity and adventure. The wooded campus in the big city was the ideal place to study French and English. As a dedicated student and insatiable reader, she blossomed at Glendon, where she was intellectually stimulated in her classes, developed lifelong friendships, and even learned to play squash in the Proctor Field House (now known as the Glendon Athletic Club). Her time at Glendon served as a launching pad for the dynamic life and career she’d build after graduation. 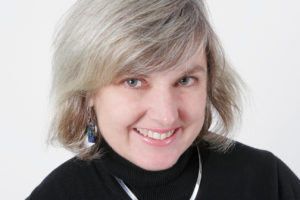 In February 2020, Ann Hilborn passed away from breast cancer. Despite her diagnosis, she maintained an insatiable appetite for life, finding inspiration in each new day. Ann’s excitement for new experiences had inspired her to spend a summer in France before her fourth year at Glendon. She roamed Paris, drank black coffee and red wine, and indulged in crepes and croissants while working as une jeune fille au pair.

“Engaging in new experiences was not a passive sport for Ann,” says Peter Clute, Ann’s surviving partner and a fellow Glendon graduate. “She committed herself to them without reservation. For Ann, it was important to be a participant and not an observer.”

To celebrate and honour her life, Peter created the Ann Hilborn Memorial Experience Award. Each year, $1,000 stipends will be given to two Glendon students pursuing experiential learning opportunities.

The award’s mandate to enrich students’ education is a fitting manifestation of Ann’s legacy. After receiving her degree in 1976, Ann continued her studies at teachers’ college, where she earned a B.Ed in 1977. It was the perfect career choice. She’d grown up explaining new ideas, setting rules, and creating assignments for her younger siblings. Using her bilingual education, she converted her natural teaching ability into a 34-year career with the Durham District School Board, where she was known as “Madelle”, because her students deemed her “too young to be a madam and too old to be a mademoiselle”. As “Madelle”, she encouraged regular reading, curiosity, and nonconformity, and she incorporated her love of experiential learning into the curriculum by organizing an annual trip to Saint-Donat. This trip, which proved popular among students, combined French language and culture as well as time outdoors in the beautiful Laurentians.

Later in life, this love of nature, beauty, and the outdoors would lead Ann to Peter. The two had never crossed paths at Glendon. Peter earned his BA in English in 1965. Nevertheless, Ann’s lifelong belief in synchronicity played out in a personal way. True to form as a lifelong learner, she jumped into learning about photography after retirement, taking classes at the Haliburton School of The Arts and joining the Oshawa Camera Club where Peter was a member. They discovered they shared a love of nature and embarked on outdoor explorations in search of new subject matter and adventure. In 2014, they moved to Peterborough together, choosing a home close to the Trans Canada Trail. Over time, Ann became a skilled photographer who won club competitions and juried shows that attracted hundreds of entries. When she wasn’t exploring the outdoors or taking photos, she was reading a book, writing in her journal, playing tennis, swimming, kayaking, or spending time with her circle of friends.

“She believed in new experiences, taking advantage of opportunities, living life to the fullest, and challenging oneself,” says Peter. “This is who she was. This is also what she wanted for her students – for them to experience and enjoy something new, to gain self-confidence, to obtain an appreciation of another culture, and to look for the good in life and in people.”

Thanks to the Ann Hilborn Memorial Experience Award, a new generation of curious and energetic Glendon students will get to do the same.