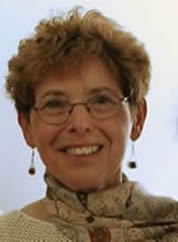 It was with great sadness that the Glendon Department of Philosophy learned of the passing of Professor Judith Baker on May 22, 2014. She passed away just after her 76th birthday. Prof. Baker made a significant contribution to the College and the Department for three decades as a faculty member, a colleague, a scholar and a model of intellectual creativity.

For the chair of the Department of Philosophy, Doris Olin, Judith Baker was also a close friend for thirty years. She told the College Magazine: “Judith was very intuitive about people, especially those she was close to. Her friends always felt understood, supported and appreciated.”

Professor Olin also stated that Judith Baker was at times concerned about some of her students; her concerns were not limited to their academic progress, but also extended to their psychological well-being, and their economic difficulties.  This is why both financial need and academic excellence will be criteria in the selection of the recipient for the Judith Baker Memorial Award in Philosophy.

Prof. Baker was brought up in St. Joseph, Missouri, a small town. She went on to study at Bryn Mawr College, one of the most prestigious liberal arts colleges in the States, where she received full funding for the four years of the B.A. program. She majored in French and Philosophy. Originally, she thought she would pursue graduate studies in French literature. She won a fellowship to study French literature for a year at the Sorbonne in Paris, France. But somewhere in that year she decided that Philosophy was her true love. She came back to the States and was accepted at the University of California at Berkeley where she completed her Ph.D. in Philosophy.

She contributed to the Department by playing a large role in creating what is now the Law and Social Thought program at a time when some people wanted to transfer the Philosophy Department to the Keele Campus. Prof. Olin said she brought the idea to the Department, and Prof. Baker, who was knowledgeable in the area of Philosophy of Law, was enthusiastic and offered to help. With the support of Ken McRoberts, the former Principal, they shepherded the program through the necessary stages of approval. “Judith’s contribution was major” said Prof Olin.