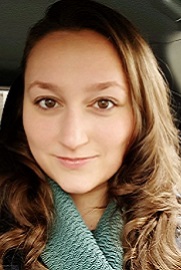 Many students work a part-time job while earning a university degree. Karissa Barbro was one of them. What made her part-time job a little different, however, is that it was with the Canadian Armed Forces (CAF), a job she still holds today.

“I joined the Canadian Armed Forces Primary Reserve while still in high school. I was drawn to the concept of being a peacekeeper,” says Karissa. “As a Primary Reservist, I was able to continue working part time with the CAF through my studies at Glendon and Norwich, allowing for more financial stability during my studies.”

While at Glendon, Karissa double majored in International Studies and History. Her frequent family trips through the U.S. and her high school trips to Europe inspired her to find an academic and career path that would allow her to live abroad.

“Given its interdisciplinary nature, Glendon’s International Studies program appeared to be an excellent platform to propel me into a career in international affairs,” explains Karissa. “I continued that interest at Glendon by choosing to double major so that I could learn the history behind the political and economic subjects I was studying, and it was an amazing choice for my post-secondary career.”

After graduating with an Honours BA in 2014, she earned an MA in Diplomacy & International Conflict Management from Norwich University in 2017. The unique logistics, administration, and procurement skills she picked up in the military helped her transition into a role with Global Affairs Canada as a Program Coordinator for Strategic Planning and Coherence for the Europe, Arctic, Middle East, and Maghreb branch.

She was then promoted into a supply specialist role with Public Services and Procurement Canada working on contract management, where she continues to work with the Canadian Armed Forces one night a week and at least one weekend a month. She’s currently working in Juba, South Sudan as a Canadian Armed Forces Peacekeeper with a focus on warehousing, safety, logistics, purchasing, and inventory management.

“I have always been keen to help others, and through my career with the Canadian Armed Forces, have enjoyed the opportunity to work for my country,” says Karissa. “With my current military deployment to the United Nations Mission in South Sudan, I feel that I am helping to make South Sudan a better country for its people through my support role in the mission. When home in Canada, I feel that I am making positive changes in the young people who join the Canadian Armed Forces Primary Reserve. I know that my mentorship and guidance is making young CAF personnel into better people, citizens, and soldiers, in the name of protecting and bettering Canada.”

Who or what inspires you?

My husband, who is also a CAF Primary Reservist and public servant. He encourages me to accomplish all my dreams, and to even reach beyond what I thought possible to be the best I can be.”

What is your favourite place on campus?

There were so many places that I frequented and appreciated. The Rose Garden in the fall and during the first frost was always very special to me. Additionally, the cozy Wood Residence, the beautiful quad, and the cafeteria where friends met cannot be forgotten either.

What is your favourite city in the world?

What are your life goals?

Starting a family and seeking continued enjoyment in my careers in the CAF and Public Service.