The Glendon Psychology Department is proud to announce that two of our students’ studies won best prices at the Undergraduate Research Fair held on March 4 at the Keele campus of York University. 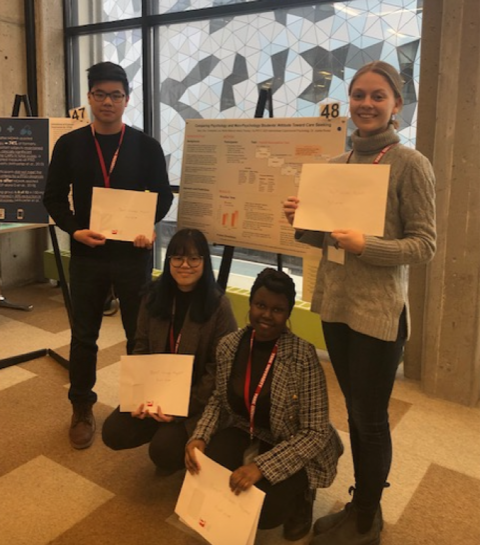 Congratulations to Alaina Thomas, Stacy Chiu, Christopher Lee and Nicole Maina, First Prize winners of the Best Group Project. Their study is entitled Comparing Psychology and non-Psychology students’ attitude toward care seeking; it was conducted in the course Intermediate Experimental Psychology (GL/PSYC 3525) under the supervision of Professor Josée Rivest. 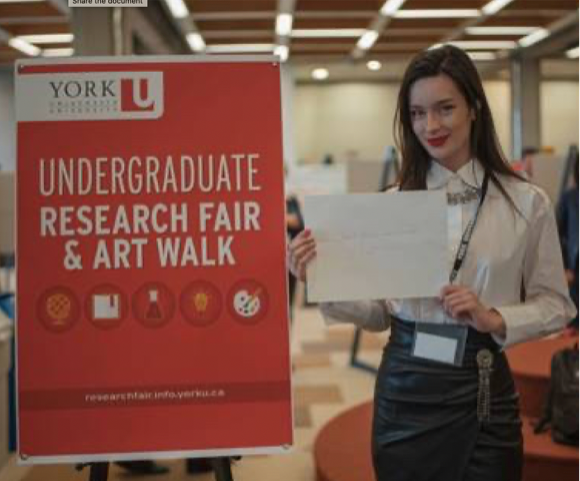 Congratulations to Elizaveta Seleznava, First Prize winner of the best fourth year project. Her study is entitled: The effect of priming caution on the receptivity of fake news; it was conducted in the course Honours Thesis (GL/PSYC 4000) under the supervision of Professor Jim Alcock (with advices from Professor Stéphanie Marion).