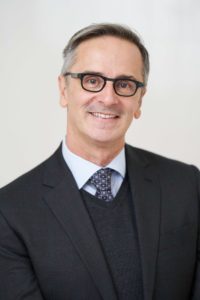 As Glendon’s Principal, I am proud to welcome you to this website. Glendon has a long history as York University’s founding campus and one of its 11 faculties, and is situated in the heart of Toronto, a vibrant cosmopolitan metropolis.

Our campus is located on the traditional lands of several Indigenous nations, and Toronto remains the enduring home of many Indigenous peoples. We acknowledge this and pay tribute to them for safeguarding this territory, and we commit daily to continue to preserve it.

Glendon is an important institution, a key element of the internationally-recognized York University. Our 2,500 students enjoy all the privileges of being full members of the third largest university in Canada. Studying at Glendon is being part of the York University family, while remaining on our more human-scale campus.

Glendon is rooted in a liberal arts tradition, but it strikes out a unique position in Canada’s academic world. Committed to Canada’s principle of bilingualism and biculturalism, Glendon continues to push beyond this, recognizing the value of pluralism, plurilingualism and multiculturalism.

Glendon is a diverse institution. Our multicultural Canadian and international student body reminds us of the role of Glendon in the world, and the role of the world in Glendon. Pluralism and diversity are not just goals but a valued part of every aspect of our academic and cultural life. This is our strength and also our calling.

Glendon is an international institution. Our globally-minded faculty, our promotion of international exchanges and the global orientation of our academic programs train students for a world where borders are less and less meaningful and limiting. At Glendon, we believe the key to a successful university education in the 21st century, rests in the ability to break out from traditional borders of all kinds and to communicate beyond the limitations of language and culture. Glendon’s graduates have an eye to the world.

Glendon is a dynamic, changing institution. Founded as a liberal arts college in the 1960s, an age when many significant social movements were born, Glendon committed to provide education that met the needs of the times. We continue to fulfill this mission, year after year, changing as our world and our students change. Glendon constantly renews its programs and courses while maintaining innovative liberal arts programming. New programs and degrees in communication, administration and science show that innovation is at the heart of Glendon. At the same time, we hold firm to our commitment to Glendon’s own brand of liberal arts, which has given us our strong reputation for over half a century.

Glendon is a proud institution. Our illustrious grads continue to make a difference in the arts, sciences, communications, public service, international relations and many other pursuits. Glendon graduates have chosen a smaller, more intimate campus but have chosen large careers and endeavours which continue to challenge and change society.

Glendon is a scientific, research-oriented institution. Our students, faculty and staff tirelessly seek to answer questions facing today’s society. Whether we are talking about racism, family relations, secularism or the convergence of art and social movements, the European Union, digital culture, animal behaviour, or the nexus of languages and cultures, Glendon is a research community with fertile ground to nurture innovative ideas that inspire leaders for tomorrow.

Glendon is an inclusive institution. Our mission is resolutely focused on the creation and transmission of knowledge related to how we deal with the unknown, with the other. More relevant today than ever, we not only value but advocate for the principles of openness, intellectual curiosity, cultural empathy, gender equality, LGBTQ2S+ rights, anti-racism, truth and reconciliation with Indigenous peoples, and mutual enrichment. We do that through a unique focus on experiential plurilingualism, which promotes a deep desire to know oneself, and to seek to know others. At Glendon, embarking on the path of plurilingualism is more than a matter of mastering spelling and irregular verbs: it is an act by which you cultivate personal qualities while acknowledging the importance of diversity and inclusivity.

Our motto, Alteri saeculo – for future generations – reminds us that our research and our teaching are aimed at the future. They are based on what experience has taught us in the past, on what we observe of the world around us today, and on our commitment to educate young people for generations to come.

Glendon is the right place at the right time for a university education that will make a difference for its students and for the world.