This workshop (part 1 of 2) is geared toward professors and students who want to create an academic podcast assignment. We will survey the different types of podcasts, the required technology and software, and the free resources that exist on the internet. Handouts will be provided on how to assign and evaluate a podcast assignment for profs who want to use them in their classes. Part 2 of the workshop will provide hands-on experience using the audio editing software Audacity.

The workshop will be conducted in English. This workshop is part of the Technology Lunch Series organized by Glendon Digital Media Lab, in collaboration with eLearning. 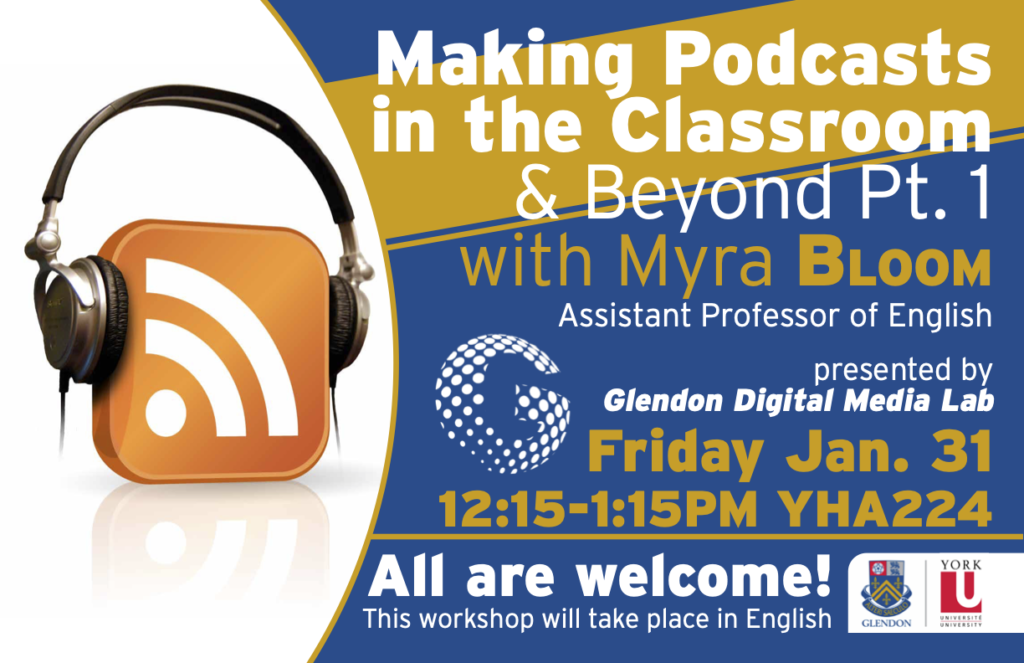 Don’t wait to graduate! Are you looking for full-time or part-time work? Perhaps a Summer job on or off campus? Come to the Bilingual Job Fair, Thursday February 6. More than two dozen organizations will be at the event to speak with students about job opportunities, career pathways and bilingual employment. 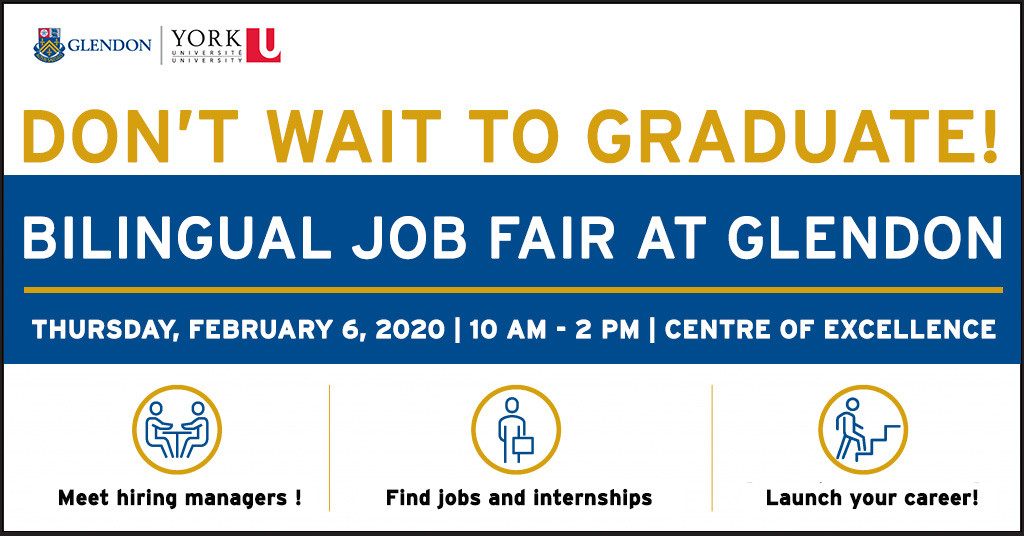 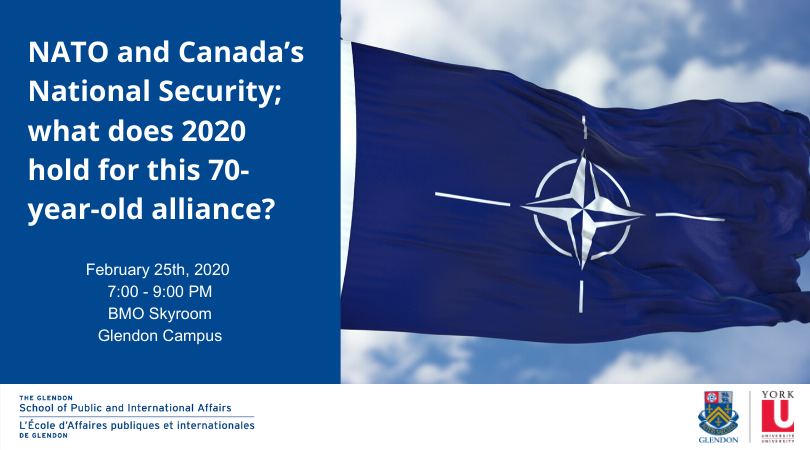 NATO and Canada’s National Security; what does 2020 hold for this 70-year-old alliance?

Canada recognizes that peace, security and economic prosperity relies on the interdependent relationship between North America and Europe.  Coming together with like minded nations in the aftermath of WWII, Canada took an active role in setting out the terms of the Washington Treaty and shaping the peace and security agenda for the 70-year-old alliance.

The end of the Cold War and collapse of the Berlin Wall has witnessed the growth of NATO members and partnership agreements with countries in central and Eastern Europe, Asia, and Africa. While guiding the transformation of the Alliance, Canada has contributed to NATO led missions in Central Asia, Middle East, Europe, and North America.

Join the Glendon School of Public and International Affairs on February 25th to discuss the changing political landscape and the role NATO plays in preserving peace and security and how Canada can contribute to the this civil-military alliance, what is our role moving forward? Does NATO continue to meet Canada’s security needs? Is Canada contributing its fair share? Is the alliance fit for purpose and ready to meet the security challenges of the 21st century? Does the treaty need to be revised? Is it worth it?

Our panel of experts will discuss some of the challenges affecting the Canadian community and the audience is invited to participate in the discussion. 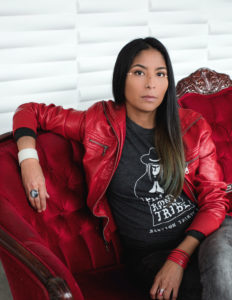 A guest lecture by Nadya Kwandibens, founder of Red Works Photography. Along with a photo exhibit by the students of SOCI 2630 Aboriginal People of Canada.

Followed by a reception. 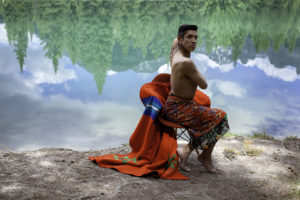 Funded by the Indigeneity in Teaching and Learning Fund York University.

A member of the Gitxsan First Nation, Cindy is honoured to serve as the Executive Director of the First Nations Child and Family Caring Society and a professor at McGill University’s School of Social Work. She has over 30 years of experience working in child welfare and Indigenous children’s rights and has published more than 75 articles on topics relating to reconciliation, Indigenous theory, First Nations child welfare and human rights. Cindy was honoured to work with First Nations colleagues on a successful human rights challenge to Canada’s inequitable provision of child and family services and failure to implement Jordan’s Principle. This hard-fought litigation has resulted in hundreds of thousands of services being provided to First Nations children, youth and families.

She recently served on the Pan American Health Commission on Health Equity and Inequity and fundamentally believes that culturally-based equity is fundamental to meaningful reconciliation. Cindy is frequently sighted in the company of the Caring Society’s reconciliation Am-bear-rister, Spirit Bear, engaging children in meaningful actions to implement the TRC Calls to Action. 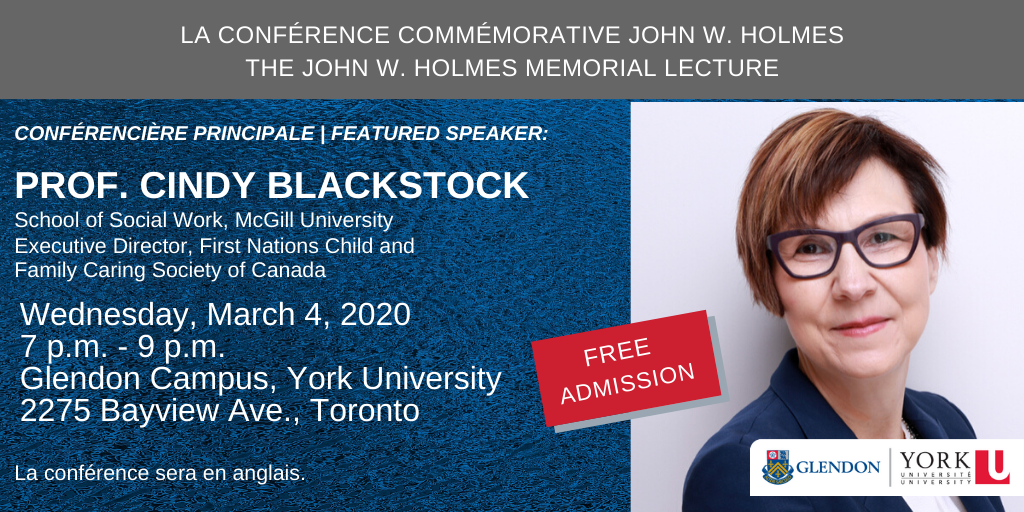 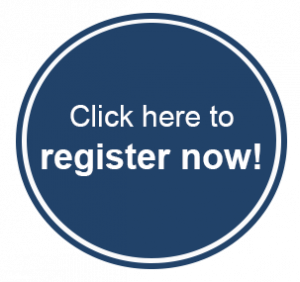 Join our biggest event of the season! This day offers a bunch of activities where you can meet current students from programs you’re interested in, have more information about admissions, scholarships and bursaries, and residence life, and also participate in a campus tour.

Contest details can be found here.