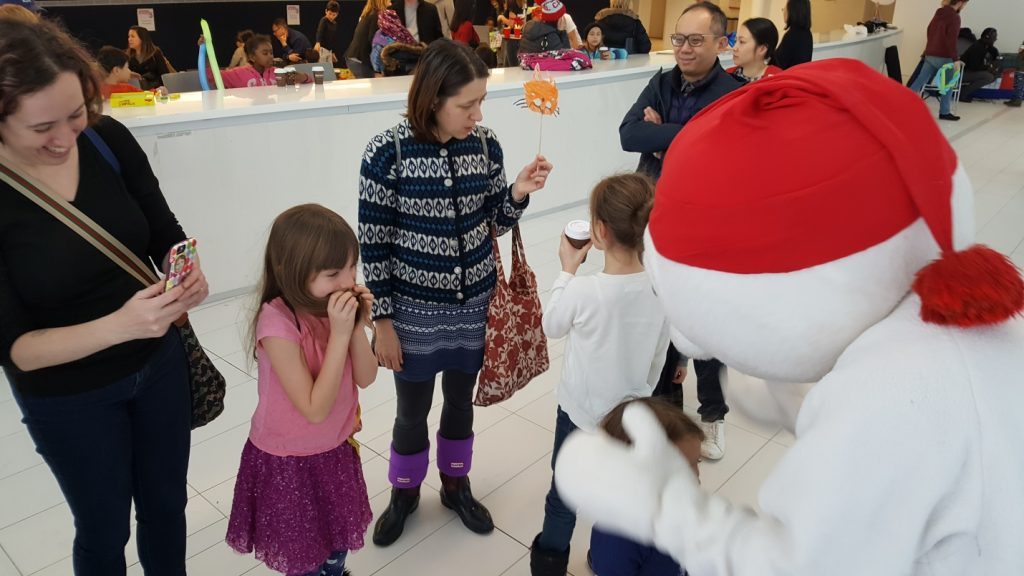 Kids and families enjoyed the activities during Carnaval de Glendon

The day featured activities for all ages, including art workshops, board games, face painting, live entertainment, French-animated films with English subtitles and more. Parents could also participate and were invited to attend information sessions on French language education programs in Ontario, delivered by staff, students and alumni from Glendon’s Bachelor of Education program.

The event celebrated French language and bilingual education for which there is a significant demand.
“As a parent, I am always looking for new ways for my daughter to practise her French,” said Katie, a parent in attendance. “The variety of Carnaval activities made the language learning aspect fun and interactive, in an authentic bilingual environment.” 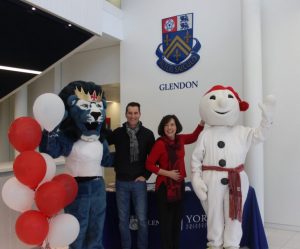 “The bilingual brain increases cognitive function, including developing skills such as problem-solving and multitasking, laying the foundation for professional success and flexibility later in life,” she said.

The event was also attended by Donald Ipperciel, principal of the Glendon Campus, York University, and Betty Gormley, executive director of Canadian Parents for French Ontario, who gathered with mascots Bonhomme and Richard Lionheart to officially mark the festivities.

The Carnaval de Glendon event coincided with the start of Carnaval de Québec/Quebec Winter Carnival, which runs until Feb. 11 in Quebec City.