Looking to share your personal or professional milestones with Glendon alumni and friends? Searching for ways to reconnect with former Glendon classmates? Share your story or memories of Glendon and keep us updated on everything you’ve been up to since graduation!

Tell Us Your Story 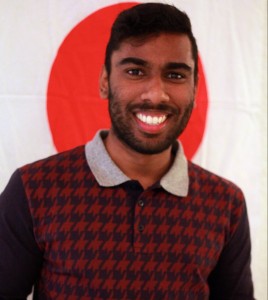 Coming from both a small country and a small high school, I felt that Glendon was right for me. It was my first time living by myself (and in a foreign country too!). I felt welcomed, safe and happy, and was able to discover myself and to grow as a person. I can still remember my first experience of winter and just how fairytale-like the entire campus was, especially, of course, the manor (which I always wanted to climb, but never had the guts to). My time at Glendon is something I will always cherish as I have nothing but good memories of friends, professors and administrative staff. On the academic side, I’m happy with the education I received as well as the respect that I earned from my professors. Always a Glendonite at heart! #GL50

Living and Learning in Retirement

A CANADIAN FIRST!
In the beginning it started as an original idea in the minds of a few retired people. It blossomed into Living and Learning in Retirement (LLIR) the oldest third age learning group in Canada (maybe the world). As a result, over 1100 people now enrich their lives through general interest courses at Glendon College, York University, Toronto, Ontario.

In 1972 the federal Department of Health and Welfare established the New Horizons Programme that offered grants to groups of retired people to undertake projects that would benefit them and their communities. A small group of people in North Toronto became interested in the possibilities this could offer and met with the Rev. Dr. Thomas Davies. He voiced their objective by stating, “I want to be kept up-to-date to be a full fledged citizen. I need nourishment for the mind, in the company of my contemporaries, in a program which we choose and manage for ourselves.”

The group met informally until an organizational meeting was held on February 1, 1973. This led to the formation of Living and Learning in Retirement with Mr. H.W. Simpson as its first President and to a request for a grant from New Horizons for a three day seminar. The grant was late in coming so the plans were changed to a one-day conference at Glendon College, which was held on June 20, 1973 with the support of Glendon Principal Dr. Albert Tucker.

From this conference the development of a series of lectures on Canadian Studies was born. This course, developed by Helen Charney of the Centre for Continuing Education at York University, consisted of twelve weekly full day programs. Each day had a two- hour session in the morning and a two- hour session in the afternoon. The course ran from September 28, 1973 to December 14, 1973. Although planned for fifty participants, the demand was such that the registration climbed to one hundred and forty four. By the end of that first term, the success of the venture was evident and the volunteer directors of the Board felt confident that they could plan their own future programming.

In 1976, Dr. Michiel Horn, a professor at Glendon College, became the first Academic advisor of LLIR. He served in that function until 2005 when Prof. Geoffrey Ewen took over. Canadian Studies was the focus of programming until 1979. In that year, LLIR branched out to include other topics. Its volunteer programming committee continues to work to provide balanced programming based on members’ suggestions. Two terms are now offered, one in the Fall and one in the Winter with a total of ten courses offered every year. Members of LLIR now investigate everything from Big Ideas In Western Thought to Jazz with high quality lecturers.

The story of Living and Learning in Retirement was told in a small book entitled Keeping Canada Together published in 1978. Due to the success of LLIR, the word spread and many appeals for advice on how to form a similar group came from across Canada and the United States. The volume of requests led to the formation of Third Age Learning Associates under the leadership of Janet McPhee who had been president of LLIR from 1976 to 1979. Advice was given to other groups. This advice was consolidated into a manual entitled Keeping Your Mind Alive published in 1986.
At that time, nearly 30 seniors groups had been formed in Ontario alone.

During 1986, Janet McPhee received an Honorary Doctor of Letters from Glendon College, York University for her “contributions to Canadian theatre and as a tireless worker in the encouragement of continuing educational opportunities for senior citizens.” After her death in 1991, the Third Age Learning Associates ceased to be. It was later replaced by TAN, the Third Age Network in Ontario.

From its inception, all LLIR classes were offered at the Glendon
College campus of York University in Toronto. Lecture halls are rented from the University. Various facilities are accessible to members due to the excellent relationship with the college over the years. Members of LLIR donate money to “Friends of Glendon” for students in need. So far, we have raised over half a million dollars.

LLIR fees are geared to cover operating expenses. These fees are kept to a minimum due to the voluntary nature of the board of directors. Because of this, programs are very affordable. The quality of the programming and the fees make LLIR very popular with retirees in Toronto. Each year the Wait List opens early on February 1 and closes within an hour or so.

Living and Learning in Retirement operates using these core values
Learning contributes to quality of life for retired adults
Excellent courses stimulate communication
Accessible and affordable courses are available to all
A warm and caring atmosphere is conducive to learning
A spirit of community recognizes our members’ social interests
Our partnership with Glendon College, its students, faculty and staff recognizes LLIR as an important part of the college community
A committed, active volunteer Board of Directors care about the needs and interests of our members

When Glendon College turned 50 years old, Living and Learning in Retirement had 43 years of working with the College to bring learning to an older segment of society. We look forward to future collaboration with the college, its faculty and students.