The following message to the University community is from York President and Vice-Chancellor Rhonda L. Lenton and Provost and Vice-President Academic Lisa Philipps:

We are pleased to inform Glendon colleagues and the York community that, with the departure of Principal Donald Ipperciel to take up the role of York’s chief information officer, current Associate Principals Dominique Scheffel-Dunand and Ian Roberge have agreed to serve as co-interim principals, commencing July 1, 2018. 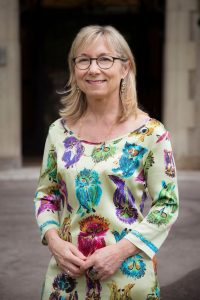 Professor Scheffel-Dunand joined York in 2004 in the Department of French Studies (LA&PS), after earning her PhD in linguistics from Lyon (France). In addition to her role as associate principal Research and Graduate Studies since 2017, she has served as director of the Centre for Research on Language and Culture Contact at Glendon and as graduate program director in the York Francophone Studies program. Her commitment to defining innovation in research development and innovative pedagogies in bilingual higher education has underpinned her teaching and research activities over the past five years. She has also advocated for the needs and values of French language programs, courses in French and research in Canada’s official languages in numerous settings. Her research fields include language ecology, discourse and conversation analysis, pragmatics, cross-cultural communication, second language acquisition and computer-supported cooperative work. As co-interim principal, Professor Scheffel-Dunand will hold responsibility for areas pertaining to research and innovation, critically engaged scholarship with increasing impact on communities and society, and entrepreneurship with a focus on building community partnerships. Thus, her portfolio will include government and international relations, Université de l’Ontario Français, community outreach and public engagement, research and scholarship, as well as IT projects, communications and marketing in these areas. 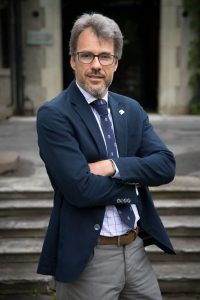 Prior to his appointment in 2016 as associate principal academic, Professor Roberge served for six years as Chair of the Department of Political Science, and he is an associate arofessor in that department. He obtained his PhD in comparative public policy from McMaster University in 2004 before being hired at York; and earned a master’s in public policy and public administration from Concordia University in 2000. He is a graduate of Glendon from the international studies program. He specializes in public administration and financial services sector policy and is also interested in issues relating to anti-money laundering and terrorism financing policy. As co-interim principal, Professor Roberge will be responsible for areas encompassing academic quality, academic freedom, inclusion, and social justice. His portfolio will include academic affairs and tenure and promotion, faculty relations, complement and academic planning, student relations, and campus facilities, as well as IT projects, communications and marketing in these areas.

As co-interim principals, Professors Roberge and Scheffel-Dunand will share responsibility for several key areas in alignment with the IRP framework: budget planning, space and infrastructure, management and staffing, and equity, diversity and inclusion; and they will work jointly with several committees and governance bodies including Glendon’s Executive Committee and Management Committee, Faculty Council and its committees, and the Chairs’ Committee. They will also engage with the Keele Campus in their areas of responsibility.

We very much appreciate the willingness of Professors Scheffel-Dunand and Roberge to undertake these responsibilities, and to work collaboratively with colleagues at Glendon at this important time in its development, and we look forward to working with them in the coming year. It is anticipated that a new associate vice-principal will be appointed to support them in their work during the interim period. Further information will be provided shortly.

We will be undertaking a search for the next principal of Glendon over the coming year and will be consulting with Glendon Faculty Council in the near future with regard to this process.

View all posts by siennaw