Glendon’s Master’s in Public and International Affairs (MPIA) students earned second place amongst 12 Canadian universities this past Feb. 23 in Ottawa. 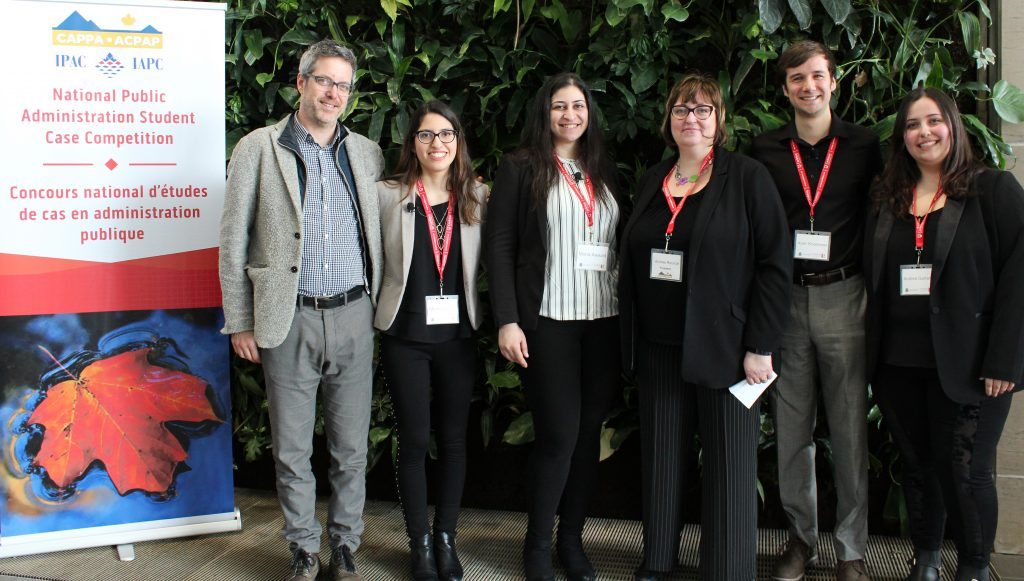 Teams are presented with a real-world public administration case, and they work together to develop the best solution over the course of a day. Teams then deliver their presentations before a panel of judges.

“This case competition is highly competitive year in and year out,” said Professor Ian Roberge, co-interim principal, Glendon Campus. “The cases are consistently challenging and the other teams are always well coached and well prepared. Congratulations to the Glendon MPIA team for an outstanding performance.”

First place was awarded to Simon Fraser University, with the University of Toronto rounding out the top three in third place.