Glendon College is pleased to welcome world-renowned vision scientist, Dr. Patrick Cavanagh, to our campus as Senior Research Fellow in the Department of Psychology. This position is the result of collaboration with the Office of the Provost,“the VISTA research group, the Faculty of Health, Lassonde Faculty of Engineering, the Faculty of Science and the Centre for Vision Sciences.“. 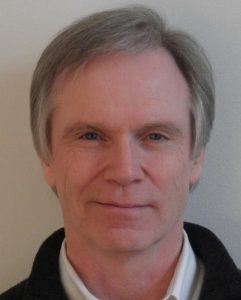 A leading scholar on vision research, Cavanagh pioneered new directions in the area of spatial and temporal resolution of visual attention. He discovered a distorted perception of position caused by movement and presented a new theory of position perception based in the cortical and subcortical areas of attention and eye movement control. His ground-breaking discoveries have been supported by numerous grants from Research Councils from Europe, USA and Canada.

“We are delighted that Patrick will be joining our program.  He brings a wealth of experience and expertise that will inspire our students and invigorate the department’s research agenda,” said Dr. Tim Moore, Chair of Psychology at Glendon.

Cavanagh has also opened new research that uses the properties of art to reveal the functioning of the visual brain. He discovered that errors that go unnoticed in paintings (or Photoshop manipulations) are evidence of the subset of rules that the visual system uses to interpret images. These discrepancies between art and the scene it represents inform us about about the brain within us as much as about the world outside us.

“I am very excited to join Glendon College with its focus on culture and science and its beautiful campus,” said Cavanagh. “I also look forward to collaborating with the outstanding scientists at the Centre for Vision Sciences, a world leader in vision research.”

A Distinguished Research Professor at Dartmouth College, an Emeritus Professor at Harvard University and at the Université Paris Descartes, Cavanagh hails from Oakville, Ontario, although he grew up in Montréal. He has a BEng from McGill University, and holds a MSc and a PhD in Psychology from Carnegie-Mellon University. He has worked on memory and vision research since 1972, beginning at the Université de Montréal where he created the Laboratory of Perception. He went on to co-found the Vision Sciences Laboratory at Harvard University and later created the Centre of Attention and Vision at the Université Paris Descartes.

COVID 19 Update:
Please note that our office will be closed to in person visits until further notice due to the COVID-19 updates. We are available by email only. Please send your inquiry to research@glendon.yorku.ca, and we will respond within 2 business days. For more information regarding how the Coronavirus is affecting University proceedings, please consult https://coronavirus.info.yorku.ca/