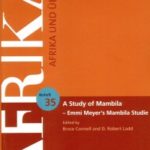 We present here an edition of the first extensive description of Mambila (a language of the Adamawa Region, Cameroon) ever written, the product of an eminent German Africanist of the middle part of the 20th century, Professor Emmi Kähler-Meyer (30 Nov 1903 – 1 June1998). The work represented her Habilitationsschrift – she subsequently went on to have a long career at the University of Hamburg – and was published in 1939–1940 in three parts, under the modest title ‘Mambila Study’, in volume 30 of Afrika und Übersee. (A reminder of the murky origins of African studies as a field is the fact that in 1939 the journal was still entitled “Zeitschrift für Eingeborenen-Sprachen”, or ‘Journal of Native Languages’.) Fundamentally, our edition is a translation; we have modernized only a few features that seemed essential, such as the form of bibliographical references, the choice of phonetic symbols, and in some cases the technical terminology. However, we have also added extensive commentaries based on current knowledge about Mambila, together with an introductory summary of more recent scholarship on various aspects of the history and ethnography of the Mambila people and their homeland. 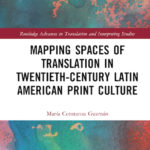 Professor Maria Constanza Guzmán is celebrating her new book Mapping Spaces of Translation in Twentieth-Century Latin American Print Culture (Routledge, July 2020). In her book, Professor Guzmán reflects on translation praxis in 20th century Latin American print culture, tracing the trajectory of linguistic heterogeneity in the region and illuminating collective efforts to counteract the use of translation as a colonial tool and affirm cultural production in Latin America. María Constanza Guzmán is associate professor in the School of Translation and the Department of Hispanic Studies at Glendon;  she also coordinates CRLCC’s Research Group on Translation and Transcultural Contact. 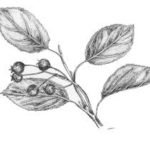 Professor Muriel Péguret and Professor Dominique Scheffel-Dunand, both CRLCC members, have been awarded a substantial federal grant by Heritage Canada to develop a new knowledge mobilization hub at York University’s bilingual Glendon Campus  This hub will help meet the needs for FSL teachers at a time when they are in short supply.
Muriel Péguret is associate professor in the Department of French Studies at Glendon, and Dominique Scheffel-Dunand is associate professor at the Faculty of LAPS.

To know more about the Camerise project click here: 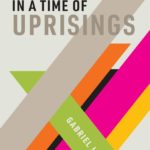 Glendon researcher Dr. Gabriel Levine celebrates the virtual launch of his timely new book Art and Tradition in a Time of Uprisings

Professor Gabriel Levine’s new book Art and Tradition in a Time of Uprisings (MIT Press, 2020) examines collective projects that reclaim and reinvent tradition in contemporary North America, both within and beyond the frames of art.
Professor Levine is assistant professor in the Drama and Creative Arts program at Glendon  and a member of CRLCC

To further research collaboration, we will be hosting a series of Noon Talks (12h00-13h30 – Glendon campus – day and location to be chosen on a rotation basis).

Those who would like to present a paper (published or drafts) should circulate them  1 week before their presentation. Please send these to crlcc@glendon.yorku.ca. Since the aim is to get to know each others’ work, we encourage every effort to participate in as many of these research meetings as you can.

Did you miss one of our Noon Talks formerly known as Brown Bag presentations? Click here to catch up

Members of the CRLCC will test your knowledge and share various aspects of their research. Play along, send us your own trivias and a link to your research!

Language ecology and endangered languages in Africa The most commonly cited cause of language endangerment globally is the (increasing) dominance of a colonial or imperial language: witness, for example, the demise of languages indigenous to the Americas and Australia. The situation in Africa is often claimed to be different, that the threat here is more from national languages or regional lingua francas that are themselves African languages, rather than from colonial languages […]. However, some languages are disappearing due to the effects of not a single factor, but a combination of several, which can best be described as changes to their ecology.

An endangered language of the Nigeria-Cameroon borderland in Africa was only ever spoken by blacksmiths and their families. Do you know which one?

(answer at the bottom of the page)

To learn more about language ecology and this endangered African language, follow this link:

Modernity means something quite different, something much more inflected and influenced by the weight of the historical, especially the baroque, in the Viennese context than it does in other modern Euro-American cities, such as London, Paris, Berlin, New York, Chicago and Los Angeles.

This is why, according to its most popular advertising campaign, Vienna prides itself on being…

(answer at the bottom of this page)

Your German is not good enough? You would like to know more?
More information can be found in the introduction to Wiener Chic, available as an ebook in the York

As in French, the nouns in Algonquian languages are divided into two grammatical ‘genders’ that affect the forms of accompanying determiners and verbs. However, unlike French, these categories are animate and inanimate.  All people are in the animate category, and so there are no issues around gender-neutral language!

You may be surprised to learn that only one of the following nouns belongs to the inanimate category. Do you know which one?